The Myanmar parliamentarians were briefed on the mission and work of the Institute since its establishment in 1968. The Myammar parliamentarians were keen to know more of the research efforts of the Institute’s Myanmar Studies Programme, ASEAN issues, and concerns pertinent to the AIPA discussions. Mr Tan Chin Tiong, Director of ISEAS; Dr Termsak Chalermpalanupap and Ms Moe Thuzar, (also Co-coordinator of the Myanmar Studies Programme at ISEAS) from the ASEAN Studies Centre, briefed them. The Myanmar parliamentarians expressed an interest in linking or highlighting video recordings of past ISEAS seminars on various topics relevant to the region on the Myanmar Hluttaw website.

U Zaw Thein and Daw Htoot May also took the opportunity to observe a public seminar at ISEAS on the Trans-Pacific Partnership (TPP). 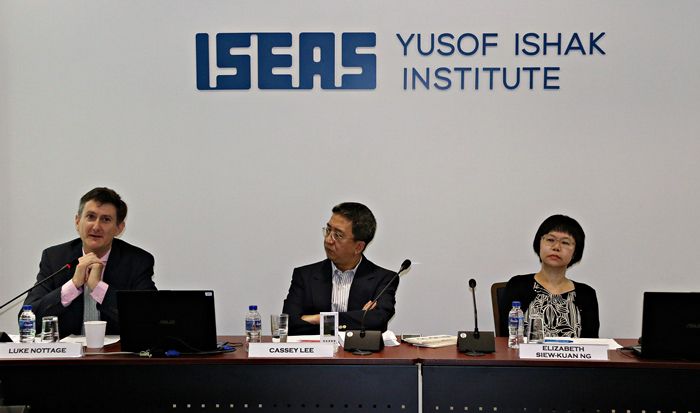 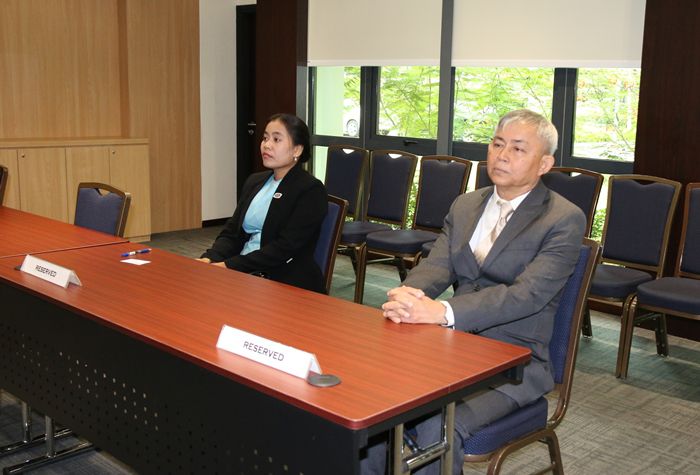 The Myanmar parliamentarians then visited the ISEAS Library and was briefed by the Head of ISEAS Library, Mr Pitt Kuan Wah, on the Library’s extensive collection of Burma/Myanmar and Southeast Asian titles.