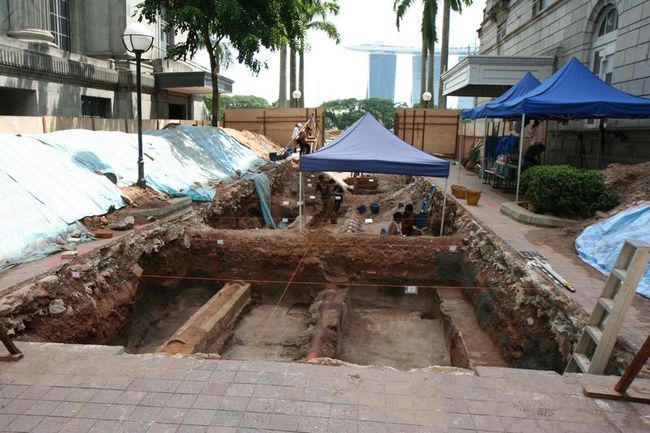 Located within the historic colonial district, the Supreme Court (c.1939) and the City Hall (c.1929) are built upon the ancient 14th settlement of Temasek (also known as Singapura). Major redevelopment works at the former Supreme Court and City Hall buildings presented an urgent need for the archaeology team to investigate and rescue the archaeological remains from the site.

A limited trial excavation was undertaken within the compound’s car park by the team led by Mr. Lim Chen Sian in December 2009. Eleven test units were excavated, revealing pockets of information from the 14th century city, as well as artifacts from the Second World War. The discovery of intact archaeological reservoirs beneath the compound during the 2009 trial excavation resulted in a month long salvage excavation conducted in November 2010, which covered 150 square meters. Over 300kg of artifacts from the Temasek period were recovered from the salvage excavation. 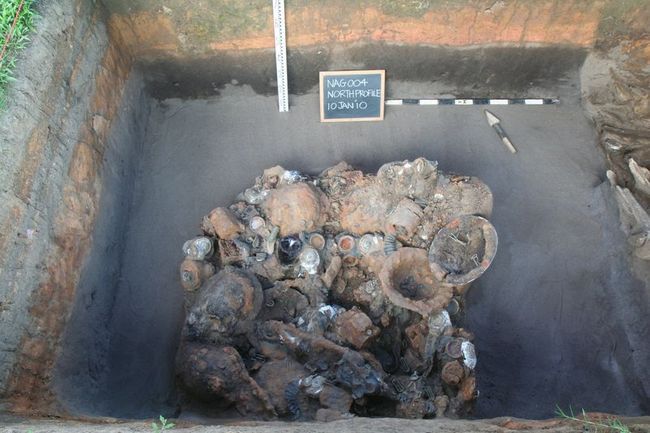 The team uncovered what appears to be an air raid trench in the Padang filled with gas masks, helmets and other accruements dating back to February 1942, when Singapore capitulated. (Credit: Lim Chen Sian)
Back to Project Listings