This seminar emphasized how U.S. policies have sometimes undermined America’s appeal as a hedging partner, stunted ASEAN’s mainland states’ ability to diversify and integrate into the ASEAN-centered institutional matrix, and left them more inclined to lean on China and to bear the resultant risks. 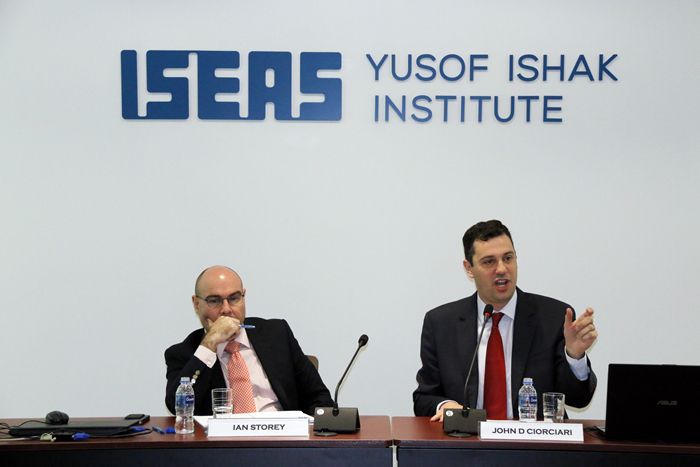 Dr Ciorciari started the discussion by outlining the theoretical background behind the Great Power dynamics at play in mainland Southeast Asia. After discussing the different interpretations put forth by prominent scholars on China’s historical and geopolitical role in mainland Southeast Asia, he went on to describe the different options available to these relatively smaller Southeast Asian countries on optimising the space between autonomy and Great Power support. 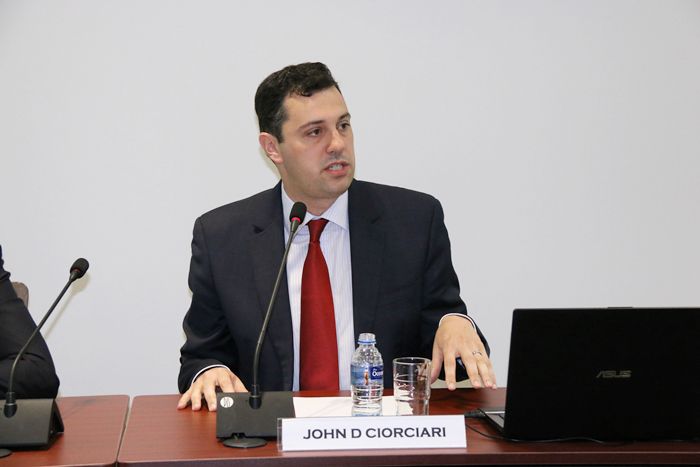 Dr Ciorciari opined that the factors which had driven some mainland Southeast Asian states to move closer towards Beijing over the past decade included: the vulnerabilities of domestic regimes; economic and political complementarities; and the lack of options to hedge and diversify. On the U.S. side, Dr Ciorciari highlighted some of the major historical obstacles which had hindered America’s relations with mainland Southeast Asian states, including the outsize political influence of of certain lobbies such as Vietnam War veterans, large émigré populations, and groups campaigning for human rights and democracy in countries such as Vietnam, Myanmar, Laos and Cambodia. Many of these obstacles had been mitigated or even removed due to President Barack Obama’s “Asian pivot”, and the administration’s signature foreign policy of reaching out to former foes, such as Vietnam and Laos. 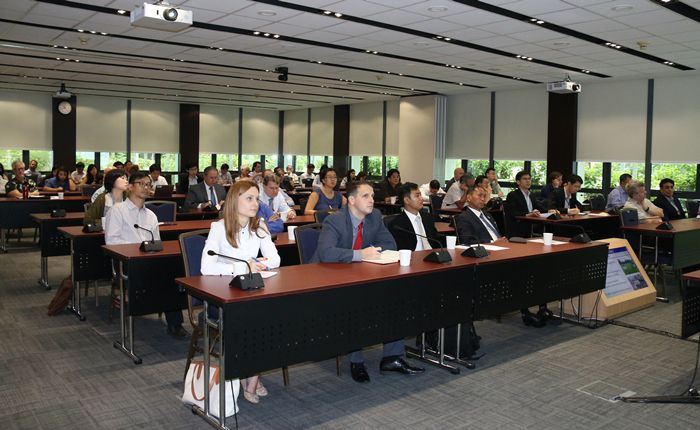 Dr Ciorciari provided five policy recommendations for the United States to strengthen its strategic ties with ASEAN’s northern tier: first, the U.S. should endeavour to overcome its troubled relationship with post-coup Thailand by striking a balance between human rights and democracy promotion and US strategic interests; second, encourage small steps towards better U.S.-Vietnam ties whilst creating space for the new National League for Democracy government in Myanmar to manoeuvre diplomatically; third, leverage on its allies’ strong ties with Laos and Cambodia; fourth, promote ASEAN “Centrality” in the management of regional security; and fifth, bolster its economic relations with countries in the region by building on the TPP and encouraging them to apply for membership.