A+ A-
The 18th ASEAN Lecture on “ASEAN: Securing Relevance Amidst Change” was organized by the ASEAN Studies Centre at ISEAS-Yusof Ishak Institute. The Lecture was delivered by H.E. Dr Marty Natalegawa who was Indonesia’s Minister of Foreign Affairs from 2009 – 2014.
Friday, 17 August 2018 – Building on his experience in helping lead ASEAN through one of its most difficult yet productive periods, Dr Natalegawa provided an insightful perspective on ASEAN’s centrality in the past and relevance to the future. In the past five decades, ASEAN has made transformative contributions to building strategic trust and prosperity in the region. From the signing of the Treaty of Amity and Cooperation in 1976 to the first meeting of the East Asia Summit in 2005, ASEAN has uniquely contributed to building a regional architecture that has improved peace and prosperity for all. In this way, ASEAN shifted its role from being a collection of states who were pawns of greater powers to being a player capable of wielding significant diplomatic weight. Critically, led by Indonesia, ASEAN has been a platform for airing national-level concerns with regional ones, to help consolidate unity by garnering support from the grouping as a whole.

In his discussion of ASEAN in the present time, Dr Natalegawa identified the tumultuous changes marking the region. In particular, he criticised the zero-sum mindsets and narrowly defined identity politics that are fueling transactional foreign policy and trust deficits. More broadly he lamented that global institutional governance seems to be lagging behind, especially in light of increased expectations from the public for it to address new transnational and non-traditional security threats.

Nevertheless, the distinguished diplomat highlighted the complex environment and challenges that ASEAN had been able to address in the past as reasons for believing that ASEAN can manage to build consensus with strong leadership. ASEAN has achieved a lot over the past 50 years, but we cannot be complacent. ASEAN needs to focus on having a clear direction in how it wants to contribute both for its members and for the region more broadly. Moreover, ASEAN’s variation and diversity needs to be seen as a sign of strength and not weakness.

Dr Natalegawa was of the view that, moving forward, ASEAN needs to overcome its sense of inertia and divisions to be a forward looking player sensitive to the particularities of its members. All Member States must invest efforts in sustaining momentum in the ASEAN project and rallying around maintaining peace, prosperity and the wellbeing of the populace. ASEAN could also continue to shape the regional security environment by pushing the establishment of a process for Northeast Asian cooperation. ASEAN must also deal with the critical issue of allowing a linkage between internal and external priorities for Member States, including issues of non-interference and conflict resolution.

Following the ASEAN Lecture, Minister for Home Affairs and Minister for Law of Singapore H.E. K. Shanmugam delivered a remarks on ASEAN’s evolution, its accomplishments and challenges ahead, and highlighted Dr Natalegawa’s contribution to the regional development. Minister Shanmugam took this opportunity to officially launch Dr. Marty Natalegawa’s book titled Does ASEAN Matter? A View from Within which was published by ISEAS Publishing in July 2018. 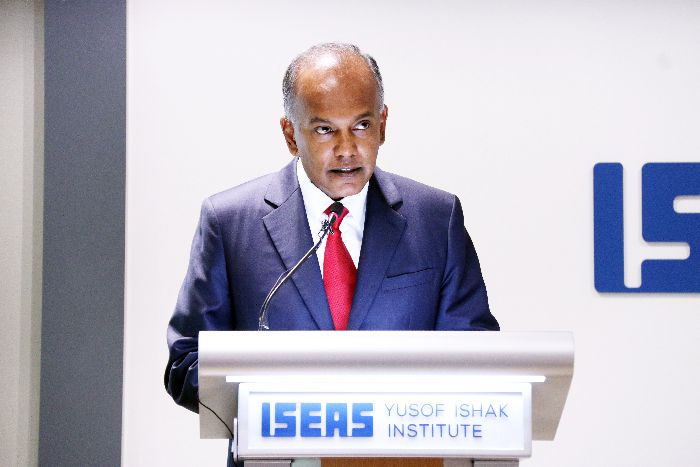 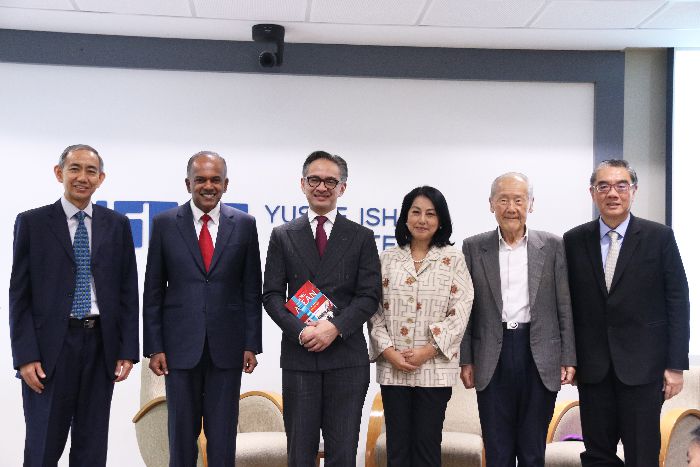 Over 100 participants from the policy, diplomatic missions, business and research communities, and media in Singapore attended the 18th ASEAN Lecture and the Book Launch. The participants during the lecture (Credit: ISEAS-Yusof Ishak Institute)