Mr Manalo mentioned the two main ideas in the Philippines’ theme for its ASEAN chairmanship – to create a positive change in the lives of the peoples of ASEAN; and to engage the world and strengthen its interaction with the ASEAN community. He then proceeded to highlight the six thematic priorities of Philippines’ ASEAN chairmanship, which included preserving a people oriented and people-centered ASEAN; peace and stability in the region; maritime security and cooperation; inclusive and innovation-led growth; ASEAN resiliency; and maintaining ASEAN as a model of regionalism and a global player.

Mr Manalo shared the Philippines’ key accomplishments per thematic priority, emphasizing that these achievements gave substance to the priorities and advanced ASEAN community building. Mr Manalo also raised examples of statements issued by ASEAN on various issues during the Philippines’ chairmanship year, while providing a concise summary of the deliverables realised during the course of 2017. Additionally, Mr Manalo highlighted important areas of cooperation on both the regional and global scales that had been addressed – in particular, issues of common concern, including non-traditional security issues, economic issues, and the situation in the Korean peninsula. 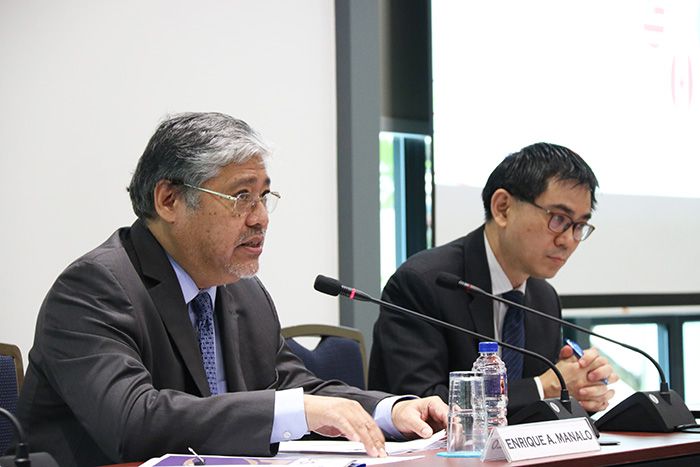 Apart from reflecting on the Philippines’ pursuance and promotion of initiatives in line with their six thematic priorities, Mr Manalo also shared that moving forward, the Philippines would provide its full support to Singapore as it promotes the theme of a resilient and innovative ASEAN; and will continue to lend its strength to initiatives under the country’s six thematic priorities, as part of a way forward to realize ASEAN Community Vision 2025. 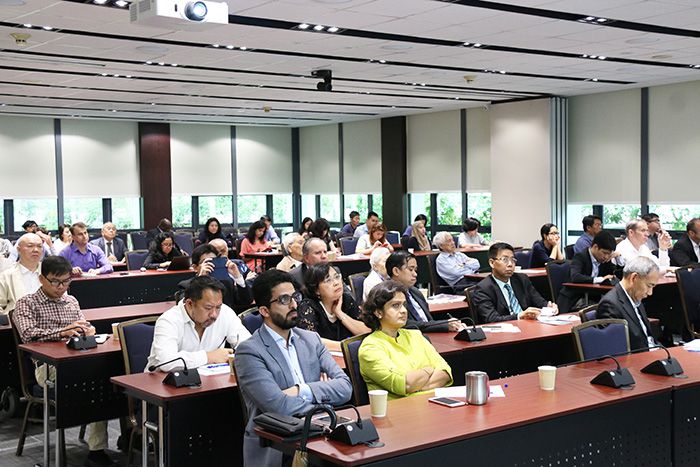 Close to 70 people from the private sector, diplomatic corps as well as academia attended the ASEAN Lecture.