Dr Supartono began by sharing a group portrait from a colonial-era family album which showed colonial administrators and their local employees in the foreground and the Kalibagor Sugar Factory in Southwest Java in the background. Dr Supartono chose this image to underscore some important points about photographs as images as well as a physical objects, a distinction needed in colonial photography studies. For instance, the colonial administrators in the photo were all dressed in white. This contrasted with local employees dressed distinctively in dark clothes and seated cross-legged on the ground. Such placements were not coincidental as it projected the colonial hierarchy in the Dutch East Indies. At the same time, Dr Supartono showed how such photographs were also a testament to the burgeoning sugar industry in Java cultivated primarily by the Dutch during the colonial period. Group portraits were popular among Dutch industrialists who sought to display their success and privileged lifestyle in the Indies to their counterparts in the metropole.

Dr Supartono further emphasised the need to carefully examine photographs from the colonial era to ensure that no valuable piece of information was lost in this process. The portrait that Dr Supartono displayed at the beginning of his presentation had a transparent paper overlay on which only the names of the Dutch employees were recorded, excluding local ones. However, in the digitised format of the photograph on the Tropenmuseum’s website, the information on the overlay paper was not included. This led the speaker to reflect on the importance of examining photographs in their original forms, to avoid the loss of valuable information about the photographs original narratives. 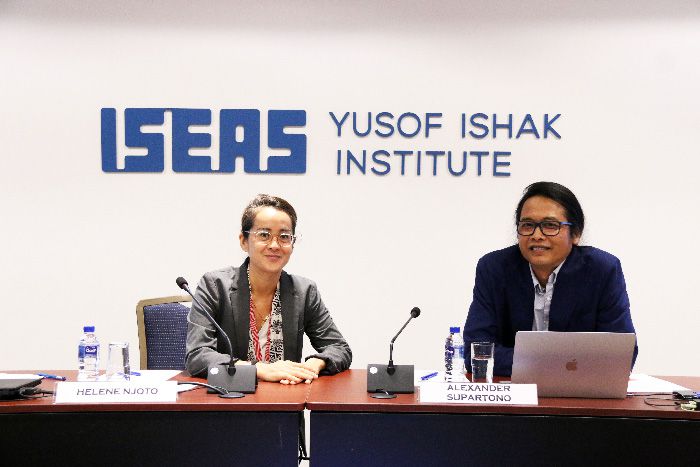 To explain the socio-economic foundations of the photography industry proliferation in Java, Dr Supartono presented a map where he superimposed the locations of photo studios on the island against the location of sugar factory across Java. The map showed that there were almost as manyphoto studios as there were sugar factories in some places, thus demonstrating the growing demand from industrialists to record their daily private and corporate lives.

Dr Supartono then presented three distinct types of patterns and styles apparent in Dutch industrialist family albums across Java: the in-situ portrait, the quasi wilderness industrialised landscape, and factory machine photographs. The in-situ portrait type replaced studio portrait in order to contextualise their identity within the colony’s social and spatial term. The quasi wilderness landscape type was exemplified in the spectral photograph of Mount Salak which was photographed from the window of a luxurious hotel popular among colonial elites. Such a photograph informs us how photographers, in collaboration with their colonial clientele, valued and formulated the picturesque tropical landscape. The factory and machine photographs captured large machineries in factories with minimal appearance of human figures. These factory and machine photographs were an ode to the technological advancements of colonial industry.

According to Dr Supartono, these types of photographs allow us to peek into the worldview of the coloniser. This explains why colonial reference in these albums appear much subtler than the exoticing overtones in ethnographic or anthropological photographs from the colonies made for the metropole market. 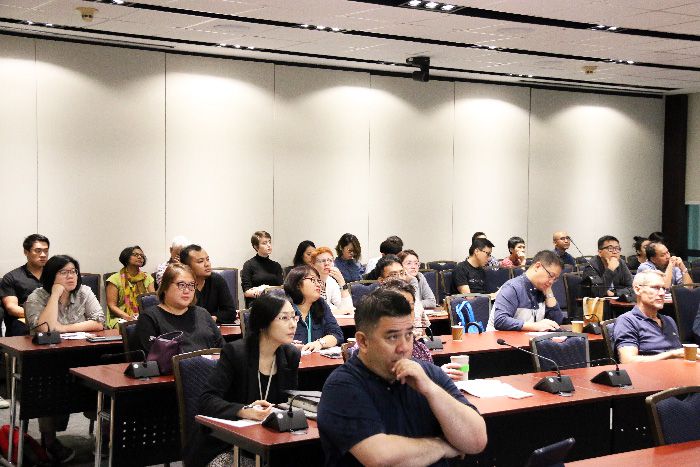 Seminar attendees and the speaker engaged in a vibrant discussion on the absence of the colonial state in the creation of colonial photography, as well as the scarcity of photographs that fall outside the three types identified by Dr Supartono. Questions also addressed the way other colonial powers in the region also utilised photography to project an image of superiority vis-à-vis their colonies.