A+ A-
Originally published in 1982, Anthony Milner’s Kerajaan: Malay Political Culture on the Eve of Colonial Rule has become one of the most frequently-cited works on Southeast Asian History. On November 8th, Professor Milner launched the second edition of Kerajaan at the ISEAS – Yusof Ishak Institute.
MALAYSIA STUDIES PROGRAMME SEMINAR
Malay Identity in Crisis? The second edition of Kerajaan: Malay Political Culture on the Eve of Colonial Rule by Anthony Milner was launched on 8 November 2016 (Source: ISEAS – Yusof Ishak Institute)

Tuesday, 8 November 2016 – Originally published in 1982, Anthony Milner’s Kerajaan: Malay Political Culture on the Eve of Colonial Rule has become one of the most frequently-cited works on Southeast Asian History. On November 8th, Professor Milner launched the second edition of Kerajaan at the ISEAS – Yusof Ishak Institute. 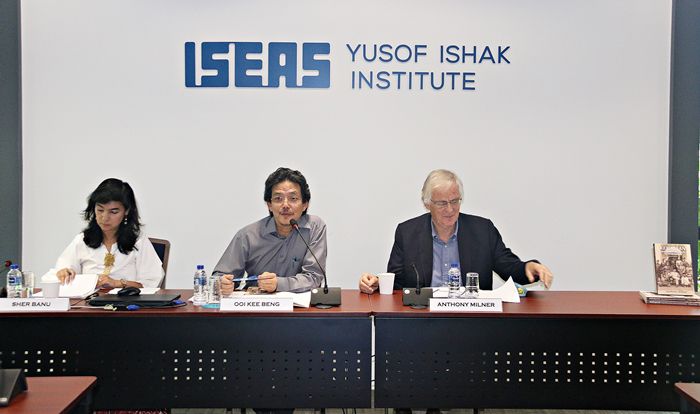 During the book launch, Professor Milner discussed his initial motivations for his work on Malay political culture as well as his research methods and sources. Seeking to go beyond prevailing approaches focused on economic progress, he sought to understand other cultural perspectives. After deciding to focus on Malay pre-colonial political culture, Milner extensively consulted Malay court texts and other historical documents. He argued that these sources, which had traditionally been viewed with skepticism by many historians, provided a unique window into the rationale and organizing principles of the society of that period. Based on court documents from the sultanates of Pahang on the Malaya Pensinsula and Deli in Sumatra, the book Kerajaan explores two concepts in depth. The first concept, namely ‘kerajaan’, refers to the political unit of that time, the sultanates. Unlike western political units, which focused on control over clearly demarcated boundaries, the concept of ‘kerajaan’ focuses on the institution of the sultan, which acts as a linchpin of society, with all subjects defining themselves in relation to the monarch. Thus, ‘kerajaan’ can best be understood as the condition of having a raja. The second, ‘nama’, refers to aspects of public life relating to prestige, reputation, and honour.

These two concepts operate in unison and provide the underlying logic that motivates both rajas and their subjects – or ‘rakyat’. Through good service to the raja, subjects accumulate ‘nama’, which can be carried into the afterlife. Sultans, for their part, seek to increase their ‘nama’ through accumulating – not more territory – but rather subjects.

Drawing on subsequent works, such as his The Invention of Politics in Colonial Malaya and the Malays, Professor Milner shared his perspectives of how elements of Malay political culture changed during the colonial period, and how other aspects are still relevant today. 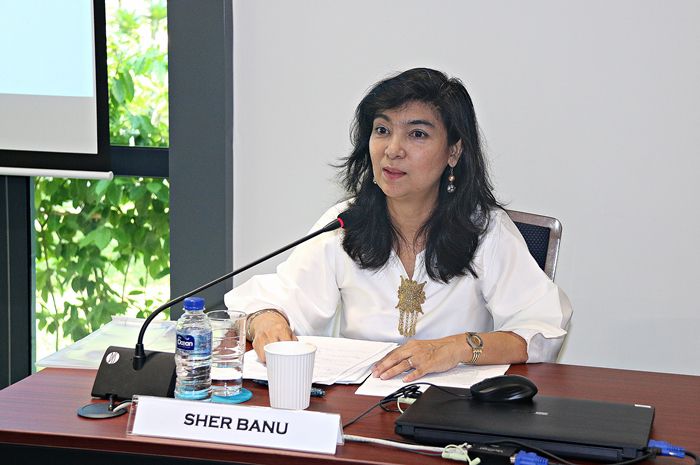 Dr Banu revealing details about her work on Aceh and some various considerations which she observed (Source: ISEAS – Yusof Ishak Institute)

Assistant Professor Sher Banu of NUS was the discussant. Drawing on her work on Aceh, and particularly the role played by its Sultanahs, Dr Banu stressed various considerations, including: the need to bear in mind other markers of identity that operated in the pre-colonial period; other sources which could have provided additional perspectives, such as letters from the various sultans to each other as well as European company records; and the two-way relationship between the sultans and their subjects, including instances of regicide. 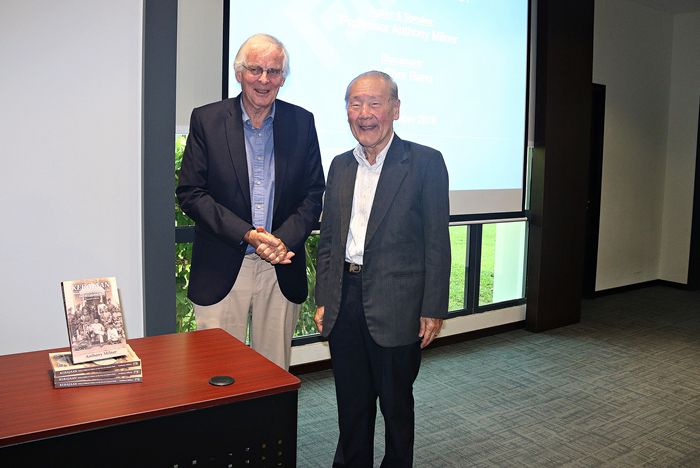 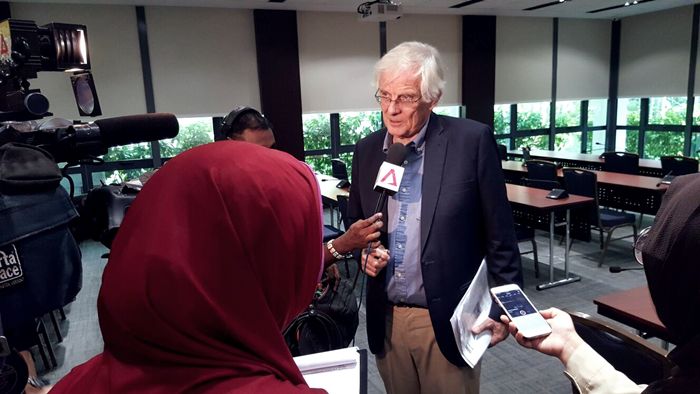 Both Professor Milner and Dr Banu were interviewed by the media following the seminar (Source: ISEAS – Yusof Ishak Institute)