Andrew M. Carruthers shared his views on how state agents denote illegality in Sabah.
Friday, 13 May 2016 – In this seminar, Mr. Andrew M. Carruthers, a linguistic and sosiocultural anthropologist and Visiting Fellow at ISEAS Yusof Ishak Institute discussed the shaping of (political) identity and citizenship of Bugis undocumented immigrants in the East Malaysian (Sabah) borderlands. In his analysis, he examines how state agents and concerned Sabahans identify illegal immigrants by virtue of their “foreign” or “awkward” sounding Malay accents. As a result, the Bugis immigrants attempt to mask these out-of-place sounds in their Malay speech in order to effectively pass as locals. The seminar highlights how certain sounds in a spoken language may be used by the (immigration) authorities to denote “foreign-ness” and thus, “illegality” of the speakers. 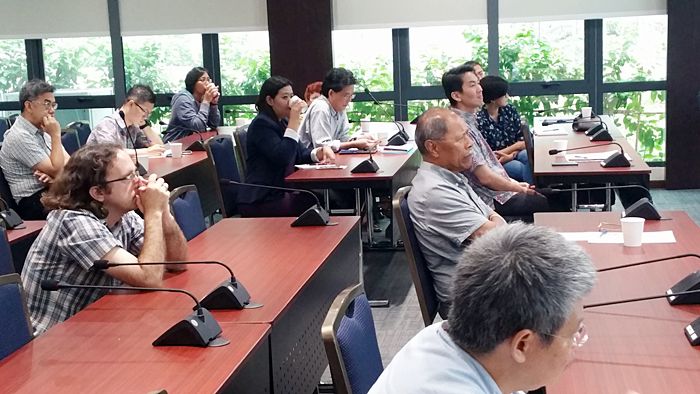 This seminar, which was held in the morning, was attended by around 20 participants.