This was the ninth session in the Arts in Southeast Asia Seminar Series, organised by the Regional Social & Cultural Studies Programme at ISEAS. ISEAS warmly welcomed Ms Chontida Auikool, a lecturer from International Studies programme at Thammasat University, Bangkok. More than 20 participants from local institutions, including film lecturers and artists, as well as the general public attended the talk. – This was the ninth session in the Arts in Southeast Asia Seminar Series, organised by the Regional Social & Cultural Studies Programme at ISEAS. ISEAS warmly welcomed Ms Chontida Auikool, a lecturer from International Studies programme at Thammasat University, Bangkok. More than 20 participants from local institutions, including film lecturers and artists, as well as the general public attended the talk.
Ms Chontida addressed what she called a ‘culture of impunity’ surrounding political violence in Indonesia and Thailand. She focused on two instances of political violence in Indonesia and Thailand: the mass killing between 1965–1966 in Indonesia and the massacre of students at Thammasat University on 6 October 1976 in Thailand, both ignited by anti-Communist sentiments. She pointed out that although the Thai incident had fewer casualties, both were comparable as they were considered ‘crimes against humanity’ and had been covered up due to a ‘culture of impunity’ where the perpetrators were given immunity and the victims never fully acknowledged or compensated.
Ms Chontida explained that the series of documentaries she was studying sought to contest the official memories and (re)humanise victims and reintegrate their families in respective Thai and Indonesian societies. The documentaries challenged the amnesia of national narrative and sought to unearth historical truths by giving voice to the memories of the victims which the culture of impunity had previously covered up. She gave a brief synopsis and analysis of each documentary.

Robert Lemelson’s 40 Years of Silence deals with the relatives of the victims of the anti-Communist movement in Indonesia. It showcases how victims’ families were profoundly affected psychologically, socially and economically by the mass killings and how their entire lives were derailed, thus seeking to bring awareness to the effects of these incidents.

In the Act of Killing, Director Joshua Oppenheimer focuses on the perpetrators of the Indonesian mass killings of 1965–66 in the present day and uses interviews as well as ‘surreal fantasy’ to explain the culture of impunity around these incidents in Indonesia. In its sequel, The Look of Silence, Oppenheimer interviewed perpetrators as well as their victims.
Pulau Buru: Tanah Air Beta directed by Rahung Nasution focuses on the unfair treatment and dehumanisation of concentration camp victims imprisoned on Buru Island. The documentary uses inter-generational dialogue to shift the official narratives about prisoners being guilty and encourages viewers to see them as people who helped develop the nation.
Silence-Memories directed by Patporn Poonthong and Saowanee Sangkara deals with the parents of two students who died during the Thammasat University massacre. The documentary serves to enlighten viewers on the difficulties brought about by a culture of impunity where the killers were never identified and the state had neither apologised to the families nor sought to help them, making it difficult for the families of the victims to find closure. Its sequel Respectfully Yours tries to identify the names of the victims of the Thammasat University massacre and gives the audience a more complete image of those who died – their hopes, aspirations and personalities in an attempt to challenge the amnesia surrounding the incident. 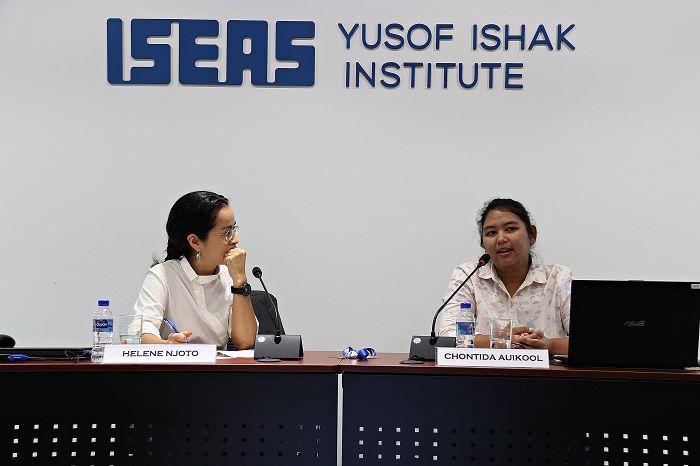 In conclusion, Ms Chontida said that these documentaries served as tools to help society challenge mainstream history and showed alternative memories and multidimensional realities. They challenged the culture of impunity and the use of silence to cover brutality.

During the ensuing discussion Ms Chontida surmised that one of the issues faced was getting a wider viewership for these documentaries as only certain segments of Thai and Indonesian society were currently exposed to them. She explained that it was hard to change the culture of impunity as the governments of Thailand and Indonesia did not have the same notion of human rights as activists. However, there continued to be a push to bring more awareness to these alternative memories.