The 2017 round of simultaneous direct local elections (Pilkada) taking place on 15 February in Indonesia bore great significance for national politics. At stake was not only the Jakarta governorship, but also the presidency in 2019, as President Joko Widodo had shown that whoever wins the Jakarta election may have a shot at the presidency. The seminar highlighted some of the findings the three researchers gathered from their fieldwork conducted at selected sites during these regional elections.

Since its inception in 2005, direct local elections (pilkada) have proven challenging to manage for parties. They continue to struggle organisationally, particularly at the grassroots, and as the electoral system continued to change – it is the candidates that drive these elections. The lack of clear ideology or programme focus have worsened the parties’ influence in these elections. Instead, together with their own teams, candidates now largely determine how campaigns are managed. At the same time, it is becoming clearer that incumbency is important as familiarity with a candidate often determines votes. Voters, on the other hand, are often forced to choose among incumbents with poor track record and unknown newcomers.

Unofficial results showed that incumbent Governor Basuki Tjahaja Purnama (Ahok) had won the Jakarta Gubernatorial election on 15 February 2017 with 43 percent of the votes, which fell short of the 50 percent threshold needed for an outright victory. This first round election results showed that the blasphemy charge against ethnic Chinese and Christian Ahok has impacted his campaign negatively, with many Jakartans reluctant to vote for him despite his consistent performance satisfaction rating of over 70 percent as Governor.

Support for Ahok among Muslims is fragmented and dispersed. Even among moderates, it is hard to categorise the various groups on whether they are for or against Ahok. Beyond religious issues there are some groups opposing Ahok due to his unpopular policies, such as his eviction policy, and communication style. There are also others who have firmly refused to accept Ahok as part of their resistance against President Joko Widodo (Jokowi).

The next round in April will be a much tougher race for Ahok. With more at stake in an increasingly polarised political landscape, race and religious campaigning is likely to continue or even amplify. Ahok and running mate Djarot Saiful Hidayat will go head-to-head against Anies Baswedan and running mate Sandiaga Uno in a run-off election scheduled for April 19.

The Jakarta election has broader implications for the 2019 Presidential election, where Jakarta has become an important battleground for Ahok’s ally, President Joko Widodo (Jokowi), who needs to fend off his opponents’ use of race and religion as means to delegitimize the current leadership.

Around 45 people attended this seminar. 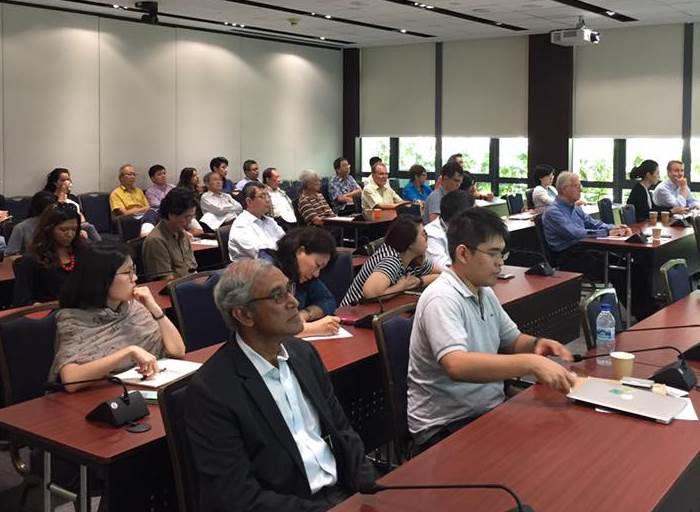