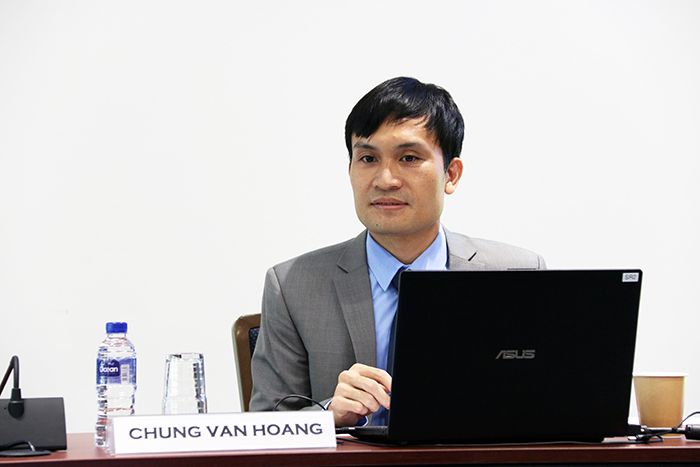 Dr Chung Van Hoang examined the responses of both the state and everyday Vietnamese to the new living religious environment since the introduction of Đổi mới in Vietnam (Source: ISEAS – Yusof Ishak Institute)

Dr Hoang observed that relaxed state control over worship –– while retaining regulation over religious organizations –– has resulted in a revival of interest in state-sanctioned religions such as Christianity and Buddhism along with a strong resurgence of popular religion as well as the introduction of new and hybrid ones. Diversification in religious worldviews and practices have offered urban and rural Vietnamese an expanded variety of religious choices and outlooks.

According to Dr Hoang, unprecedented issues have emerged and has posed challenges to the Party-state’s approach to religion and the government’s regulations of religious activities. In particular, there have been foreign and domestic pressures on the ruling government to guarantee religious freedom. Through his analysis of state policy discourse and interventions since the 1986 reforms, Dr Hoang argued that the ruling government has shifted its approach or view of religion from one that is a hindrance to the development of socialism to one that recognizes that religion can reinforce moral-societal values as well as nation-building efforts. The seminar attracted a thought-provoking discussion between Dr Hoang and the audience on the conditions that facilitated the rise in religiosity, the participation of youths in religious activities, the potential impact of the new 2016 Law on the different major and popular religions, the tensions between religious organizations, and the extent of state tolerance towards social protest activities by religious organizations.