A+ A-
Peter Borschberg, former Associate Fellow at NSC and Associate Professor at the History department of the National University of Singapore, delivered a seminar titled “Portuguese and Dutch Records for Singapore before 1819”.
NALANDA-SRIWIJAYA CENTRE LECTURE SERIES ‘1819 and Before: Singapore’s Pasts’

9 October 2018 — Peter Borschberg, former Associate Fellow at NSC and Associate Professor at the History department of the National University of Singapore, delivered a seminar titled “Portuguese and Dutch Records for Singapore before 1819”. Prof Borschberg spoke of the value of Portuguese and Dutch sources to the historiography of pre-1819 Singapore. The seminar was the fourth in the Nalanda-Sriwijaya Centre’s special series of lectures commemorating Singapore’s bicentennial anniversary, “1819 and Before: Singapore’s Pasts”. It drew more than 70 participants, including diplomatic corps, students and faculty members of tertiary institutions, public servants, museum staff, and members of the public. 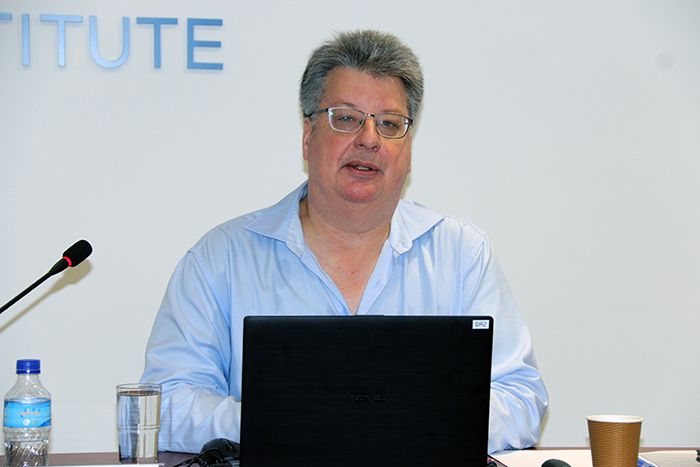 Prof Borschberg outlined some broad issues with textual and cartographic records of pre-1819 Singapore. Of textual records, only a meagre 5% yield in-depth details that contribute to reconstructing pre-1819 Singapore’s history. The significance of the information gleaned is often limited by the legibility and coherence of the texts, as well as the authors’ intentions. For instance, letters of Portuguese missionary Francis Xavier comprise mostly ecclesiastical details that offer little relevance to Singapore’s historiography. Meanwhile, cartographic records display inconsistent placement of a site and many orthographic variants of place names (often mirrored in written records). For example, the exact location of Singapore was at times confused with areas in Johor. In addition, Singapore was known by many references and meanings, such as “Baxingapara” (gateway), “Pulau Panjang” (long island), and falsa demora (tricky place). While these varied toponyms create uncertainty over how Singapore was perceived then, they ascertain that Singapore was not an unknown place before 1819. Overall, as foggy as the records may be in their details of pre-1819 Singapore, a nuanced representation is still needed in understanding its history. 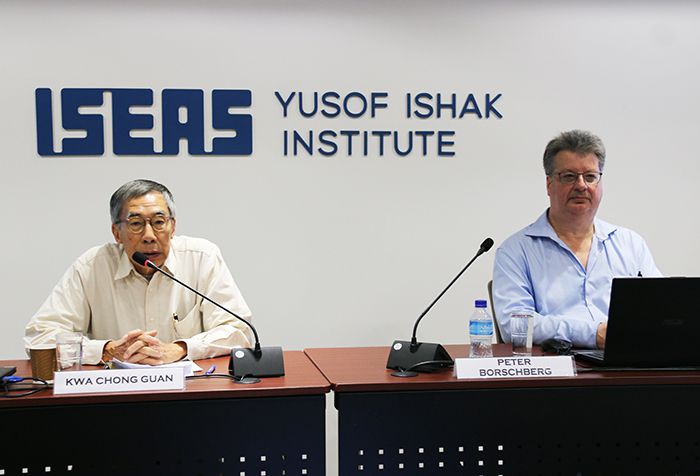 Comparing the magnitude between Portuguese and Dutch records, Prof Borschberg remarked that the Dutch accounts generally offer more substantial insights for reconstructing the local conditions in Singapore and surroundings. Unlike most of the Portuguese records, Dutch records are more diverse and comprehensive. This is understandable as the Dutch came to the region at a later period as a competing trading company against the Portuguese. Faced with the challenge to be on equal footing with their European competitor, the Dutch had to collect as much information as possible, such as products for trade, market mechanisms, taxes, gifts, royal courts and Portuguese trading activities. 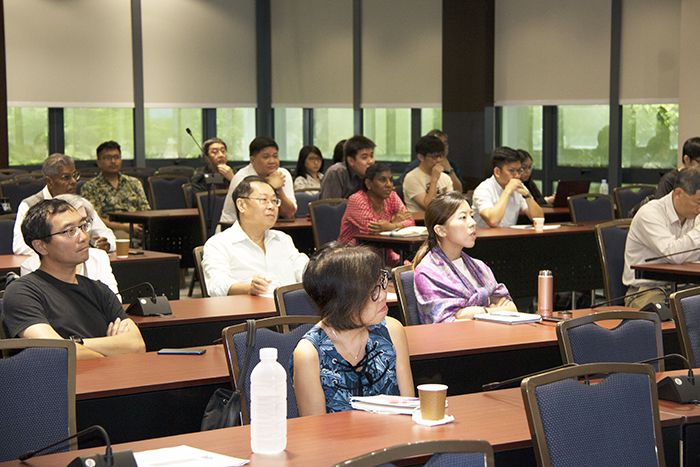 Members of the audience during the lecture (Credit: ISEAS-Yusof Ishak Institute)

The Q&A segment that followed brought home several important points. Firstly, the highly contested waters of the Singapore Straits were known as a security hazard located south of the navigational landmark now known as Pedra Branca, due to the high risk of sea attacks. Secondly, Singapore imported most of its food products, except for some fruits that the Orang Laut would barter for textiles. Lastly, as the Portuguese and Dutch saw Singapore essentially as a transit point for upstream trade in Johor and Malacca, they did not settle in Singapore in the 1800s, which explains why majority of Eurasians in Singapore could trace their origins not to Singapore, but other trading ports in the region, such as Malacca.

For a video of the lecture, please click here.