Following the introductory remarks by Dr Francis Hutchinson, Coordinator of the Malaysia Studies Programme at ISEAS, the first set of panellists presented their research findings. 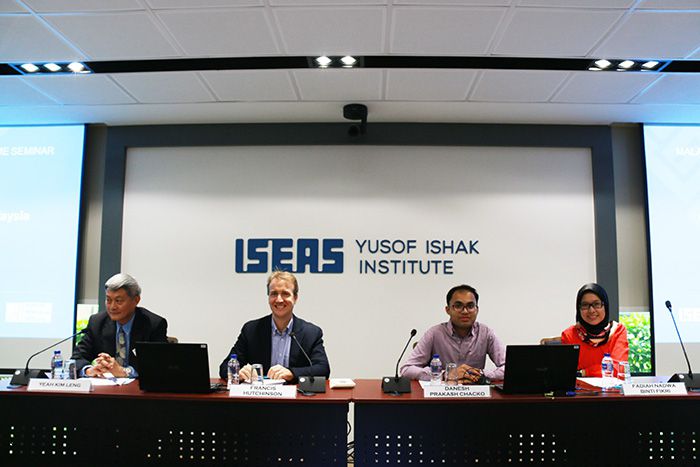 Professor Yeah Kim Leng, from Sunway University Business School, first offered a detailed overview of Malaysia’s recent economic growth, but mentioned that macroeconomic indicators might not be the best predictors of the election outcome. Issues pertaining to “economic security” and “economic governance” will, however, prove to be important determinants. Before concluding his talk, Professor Yeah also shed some light on the policies and promises being made to woo the significant number of undecided voters in the country.

The second speaker, Mr Danesh Prakash Chacko, Electoral Mapping Consultant at Tindak Malaysia Pty Ltd, explained the basics of the nation’s electoral system and shared his thoughts on re-delineation. Specifically, he focussed on the impact of gerrymandering – both at DUN and parliamentary levels – in prominent election battlegrounds, including Kedah, Perak, Kelantan, and Johor. He ended his presentation by saying that while historical manipulation of the boundaries of electoral constituencies had favoured BN, the outcomes of the upcoming election are not certain.

Ms Fadiah Nadwa Binti Fikri, from Malaysia’s Center to Combat Corruption and Cronyism, then drew the audience’s attention to the way the country’s young adults perceive the prevalent economic challenges and political scenario. Sharing the results from a recent survey conducted by the Merdeka Centre, she said that the majority of the young population feels disillusioned with the government. Building on that theme, she spoke about the rise of the youth group, Angkatan Pemuda Insaf (API); the concept of “Malayness”; and the strengthening #UndiRosak (Spoilt Vote) campaign.

After the discussion, the three presenters also answered a number of questions regarding the introduction of GST, the use of social media for campaigning purposes, the role of former PM Mahathir Mohamad in launching the youth movement in Malaysia, voter fatigue, and race-based politics. 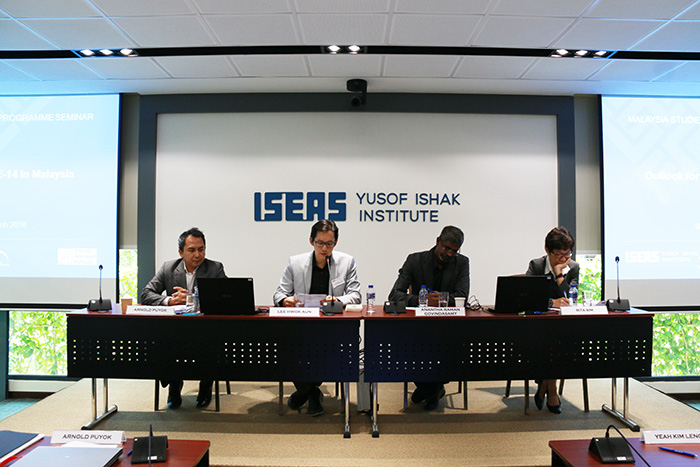 Dr Arnold Puyok, Senior Lecturer at Universiti Malaysia Sarawak, shared many insights on the political scenario in two important states, Sabah and Sarawak. While the former appeared fragmented and there remains an opportunity for opposition parties to form a coalition, BN seemed to be dominant in Sarawak. He further elaborated on the prospects of GE14 based on three key aspects: economic performance, regional sentiments, and governance.

The next panellist, Dr Anantha Raman Govindasamy from Universiti Malaysia Sabah, shed some light on the significance of Indian Malaysian voters in GE14. Since 2008, PM Najib has made several attempts to reach out to the minority community, including: the formation of the Socio-Economic Development of Indian Community (SEDIC) under the PMD, developing the Malaysian Indian Blueprint, setting up the welfare registration scheme for Indians, among others. However, the issues that will influence their voting pattern are good governance, corruption, rising cost of living and Islamisation.

The last speaker, Ms Rita Sim, Director of the Centre for Strategic Engagement (CENSE), presented her findings on the dynamics of the Chinese Malaysian electorate. After explaining some of the voting trends that were observed in GE13 and the changes in total registered voters since then, she provided a background to the Election Commission’s re-delineation exercise. Like the case of the local Indian voters, whether the members of this community will vote for BN will depend on how they feel about the rising income disparity, their perception of China (ally v/s competition), preservation of Chinese culture in Malaysia, and the influence of regions like Taiwan, Hong Kong and South Korea.

The session was followed by Q&A. The panel members responded to a wide array of questions on money politics, using religion as a tool to attract voters, the likely date of the election, and the election strategies of the opposition parties. 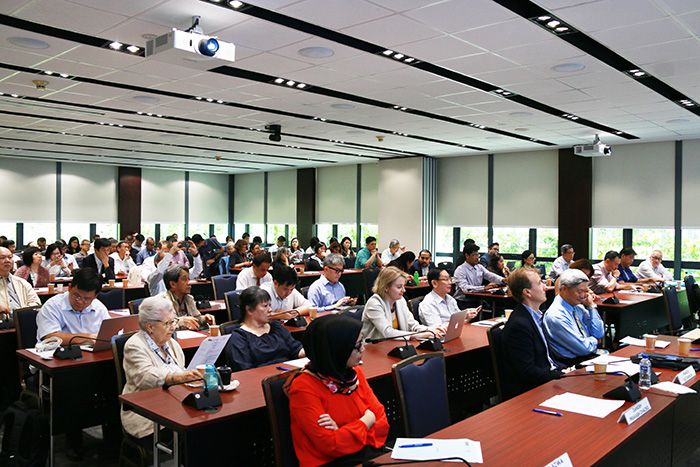 The seminar was four hours long, and was attended by an audience of 112 people, including scholars, students, members of the media and the public.