The National Gallery’s inaugural exhibition on Singapore art, SIAPA NAMA KAMU?, which opened in November 2015, pushes the beginnings of art in Singapore back to the nineteenth century. This seminar presentation builds on an essay  which Mr Kwa Chong Guan was invited to contribute to a forthcoming National Gallery publication.

– RSCS’s inaugural Arts in Southeast Asia Seminar Series was kicked off by Mr Kwa Chong Guan. Mr Kwa, a familiar face in heritage and arts circles, is Associate Fellow at ISEAS – Yusof Ishak Institute and sits on various advisory committees at the National Heritage Board and National Library Board. His presentation, entitled ‘Nineteenth Century Origins of Art in Singapore’, drew in a large audience comprising students, scholars, curators, gallerists, collectors and practitioners. 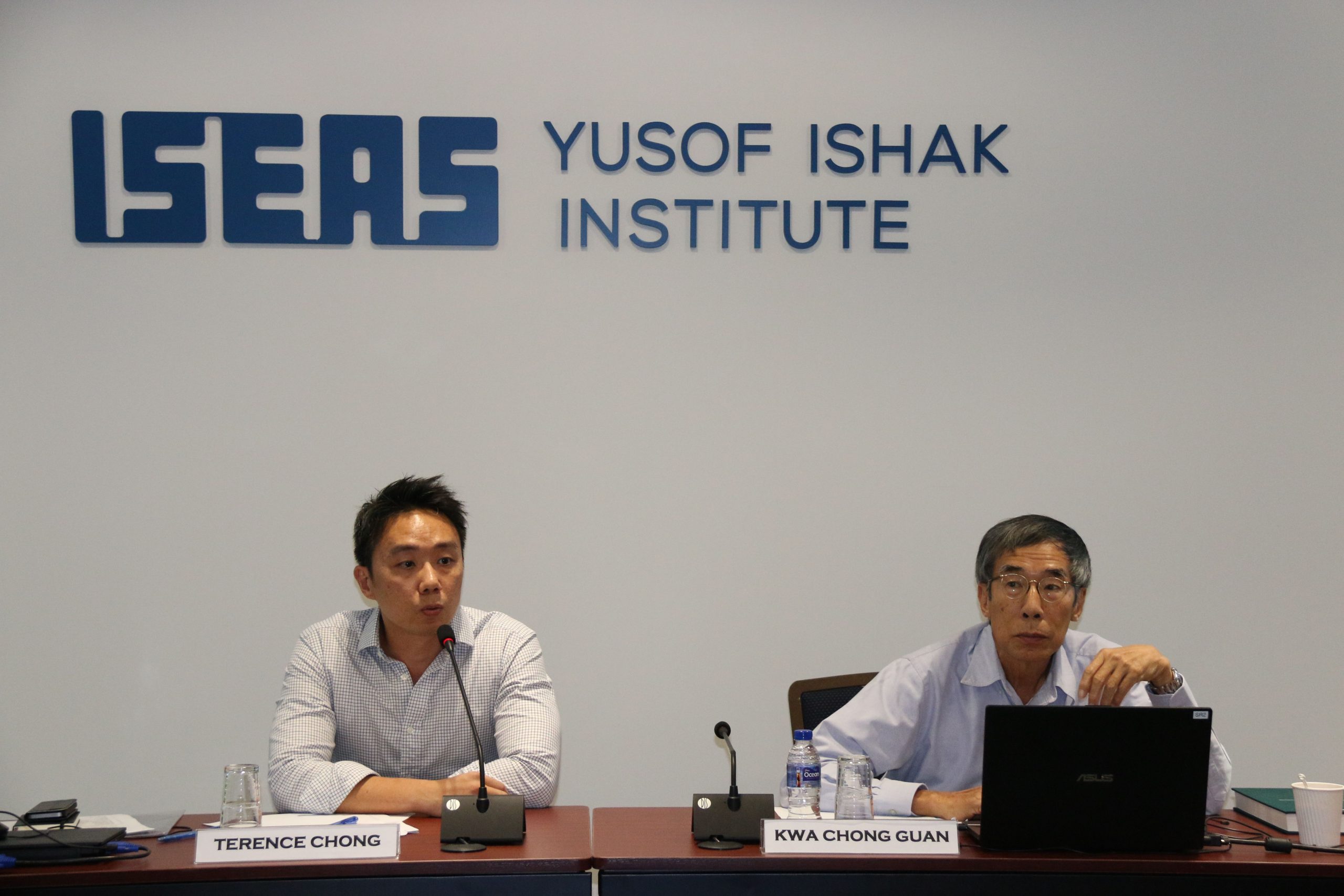 Drawing from the work of Edward Said, Mr Kwa began by making the distinction between the ‘origins’ and ‘beginnings’ of modern art in Singapore. He argued that while the Nanyang style of the 1930s, encapsulated by pioneer artists like Lim Hak Tai, Liu Kang and Georgette Chen, is understood to be the ‘beginnings’ of modern art in Singapore, 19th century natural history and landscape paintings may be framed as modern art’s ‘origins’. Natural history paintings commissioned by Stamford Raffles and William Farquhar, for example, were precise documentations of flora and fauna found in the Malayan world. Farquhar commissioned Chinese artists, probably from Guangzhou, to produce such natural history paintings for European audiences, thus making it necessary for these artists to adapt their Chinese techniques of ‘flat’ drawings to European tastes. Moving on to landscape paintings, Mr Kwa observed that these 19th century examples were typical of any colonial port city situated in the ambit of the British Empire. In his highly visual presentation, Mr Kwa offered Percy Carpenter’s 1856 oil painting of ‘Singapore from Mount Wallich at Sunrise’ and several other 19th century landscape paintings of Government Hill and the Padang to discuss the positioning of colonial and native subjects, and how such paintings may be read as landscapes of colonial power. These paintings, it was concluded, were simultaneous documentations of physical landscapes, colonial rule and its imaginations of the ‘Far East’.

Mr Kwa also used the examples of historic photographs and drawings to broach the tension between ‘craft’ and ‘art’. The arrival of photography in Singapore came with Gason Dutronquoy’s establishment of his studio in Coleman Street in 1843. However, in contrast to paintings, 19th century photographs of cityscapes and portraits were not considered art despite their subject matter and the artistic input required. Mr Kwa concluded the seminar with an observation of the increasingly interwoven relationship between the artist, dealer, art historian and collector. From a highly interactive discussion with key art collectors in the audience, he underlined the need for different types of arts leadership and arbiters beyond traditional institutions in order to comprehensively identify and recognise emerging but important artists in Singapore and Southeast Asia. The next seminar in the ‘Arts in Southeast Asia’ Seminar Series is Eriko Ogihara-Schuck’s seminar, ‘After Finding Francis: Teo Kah Leng’s Malayan Poetry in the Era of Decolonisation’. For more details, please see here.