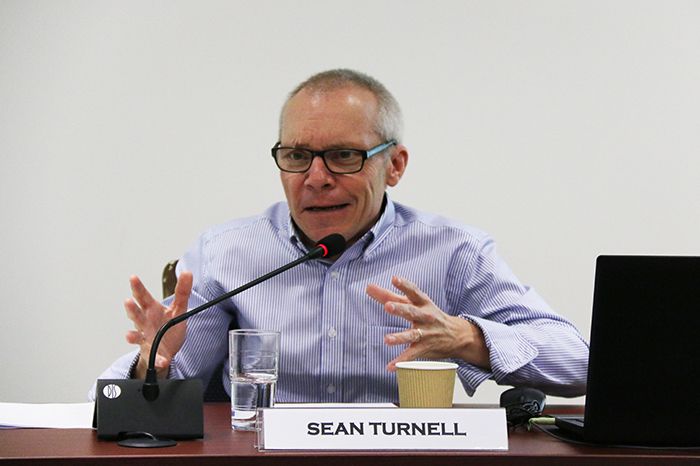 Professor Turnell’s talk detailed some of the recent economic reforms undertaken by the National League for Democracy (NLD) government, and the implications of these measures for the country’s continued transformation and growth.

Professor Turnell highlighted that Myanmar’s Gross Domestic Product (GDP) performance was robust, growing from 5.9% in 2016 to 6.8% in 2018. The World Bank estimated a 7.2% growth average over the medium-term. The uncertainties over power handover in 2015-16, coupled with severe flooding across several parts of the country, had caused a natural slowdown which now seemed to have recovered. GDP growth was driven mostly by manufacturing and agriculture, which had yet to reach their full potential. On-the-ground sentiments still tended to be low, especially in Yangon. For example, headline inflation had dropped to around 5%, but this might not accurately reflect the actual cost of living for the man in the street who faced rising costs of petrol, and food and beverage prices.

As regards fiscal policy, Professor Turnell observed that there continued to be challenges to tax reform. Taxation was focused on large and medium tax-payers. Tax rates still needed to be harmonized, and Myanmar was not ready for a value-added tax (VAT). An under-developed capital market limited the government’s ability to raise funds. The government would also need to pay a higher interest rate if it wished to raise funds via treasury bills and bonds. On the other hand, there was underspending in the public sector because of capacity issues in budget execution.

The external sector was robust, with the exchange rate remarkably stable since the harmonisation of the multiple rates in 2012. Trade rose 20% year-on-year. Growth in exports were driven by natural gas, garments and agriculture. Imports were mainly intermediate goods and factory equipment. Foreign direct investment (FDI) approvals were down, but FDI flows had increased. These come mainly from around the region. The Rakhine issue’s impact on FDI yet to be determined. Two important initiatives that might affect FDI patterns in Myanmar were the 2016 Myanmar Investment Law and the 2017 Myanmar Companies Law, which had come into force. On banking and finance, credit growth had been moderated by the introduction of new prudential rules to be in line with the Basel Accords. Banks had been given a three-year timeline to implement the new rules. The move constituted a fundamental political economy reform, as most banks in Myanmar were part of conglomerates with exposure to different sectors, including real estate. Other areas of development in the financial sector included digital money, insurance and microfinance. The first promised more financial inclusion, while the latter two faced some implementation challenges.

A “Myanmar Sustainable Development Plan” (MSDP) was being finalized for June 2018, to provide policy coherence in economic planning and reform, especially among the different sectoral strategic plans, as well as to give effect to the Annan Commission recommendations on Rakhine. Infrastructure development was a central feature of the MSDP, and would be implemented via public investment projects, ranked according to economic and social returns. They would be financed via government budget, overseas development assistance, and public-private partnerships. Nevertheless, these projects needed to be valued appropriately. The Kyaukphyu deep-sea port and SEZ project being developed with Chinese investment, for example, should draw lessons from Sri Lanka’s Hambantota Port project, which was over-capitalised. (More details on the Kyaukphu implications here.

The wide-ranging discussions that followed Professor Turnell’s presentation sought to understand more of the NLD government’s mid-term performance issues, attitudes towards China’s Belt and Road investments in Myanmar, risks of excessive foreign investment, implications of a dual-power centre in managing the economy (and the lessons that could be drawn from Indonesia’s experience), risks of giving in to populist pressures (particularly in fuel price caps), engaging both existing and emerging economic actors moving the economy (particular newer actors from Myanmar repatriates and an emerging middle-class), tackling the skills deficit and the unemployment rate, the importance of encouraging entrepreneurship (rather than rely heavily on traditional modes of FDI), and the importance of messaging to dispel negative sentiments. 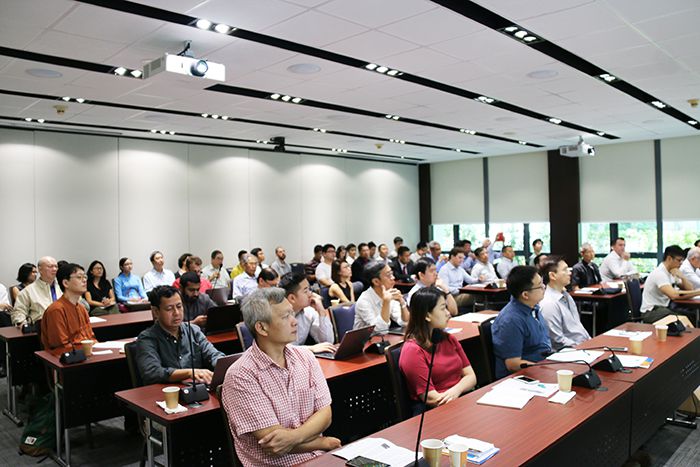