Dr Hilmar Farid talks about the challenges and the role of central as well as local government in shaping cultural policy in Indonesia.

Wednesday, 21 August 2019 – ISEAS – Yusof Ishak Institute invited Dr Hilmar Farid, the Director General of Culture of Indonesia’s Ministry of Education and Culture, to talk about the challenges and the role of central as well as local government in shaping cultural policy in the country. Dr Siwage Dharma Negara, the Co-coordinator of Indonesia Studies Programme chaired the session.

Dr Farid prefaced his talk by explaining the challenges facing both central and local government in shaping an inclusive cultural policy, as the country is undergoing far-reaching social transition. The transition has been complicated by a number of factors, such as digital divide, division between rural and urban areas, economic disruption, radical changes in industries, as well as political dynamics. He gave examples of the growing intolerance in some cities, including rising Islamist conservatism in Jakarta and racism against the Papuans, to show the challenges faced by the Ministry to shape cultural policy suitable for the current social transition. 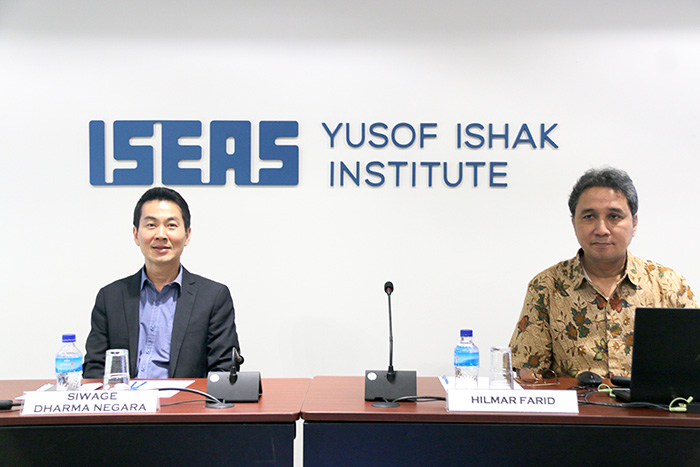 Dr Farid mentioned that the Indonesian government is now adopting the UNESCO’s Cultural Development Index to assess and guide its cultural policy dimensions. In terms of policy, the central government has enacted laws and regulations on film, tangible cultural heritage, the advancement of culture, as well as the National Mid-Term Development Plan 2020-2024. Dr Farid stated that the government has mapped the cultural heritage scene in 350 districts/cities and 34 provinces, in which around 10,533 tangible cultural heritages, more than 23,000 intangible ones, and 21,406 cultural organizations were identified all over the country. Interestingly, the cultural infrastructure owned by the government was half of the ones owned by private/community. This indicates ample opportunities for further community engagement in the development of cultural industry.

As for the implementation of cultural policies, Dr Farid explained that his directorate has been promoting the empowerment of local actors, government and non-government agencies, through funding and capacity building. Film industry and wellness tourism are good examples of cultural sectors that need to be promoted deliberately. In conclusion, Dr Farid stated that the government, through his Directorate, has been trying to promote a more inclusive national culture, considering the masyarakat adat (traditional society), traditional arts, gender balance, disabilities, and underprivileged sections of the society. He asserted that a creative and culture-based economy will thrive in an inclusive and democratic society.

During the question and answer session, audiences engaged in a discussion on the challenges of pluralism in the country, decentralization impacts on the religious-based society, and a specific issue on penghayat kepercayaan (indigenous religions). The lecture drew around 30 attendees of diplomat, academician, government official, cultural activist, and members of the public. 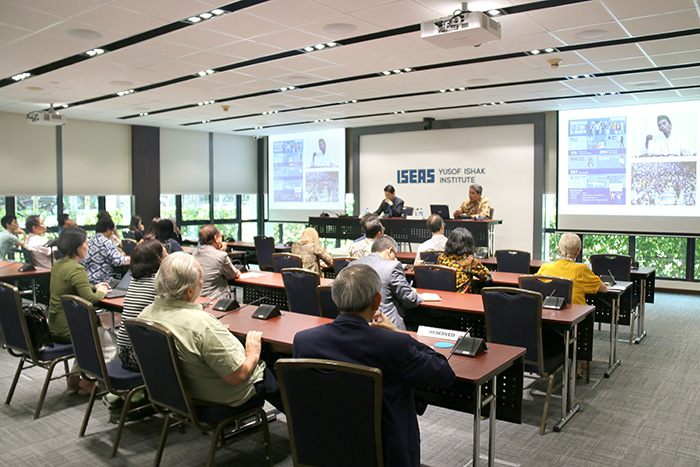 The audience engaged the speaker in a discussion on a variety of topics, including the challenges of pluralism in Indonesia and decentralization impacts on the religious-based society. (Credit: ISEAS – Yusof Ishak Institute)