This half-day seminar reviewed the Pakatan Harapan (PH) government’s progress one year after their victory in the 14th General Elections (GE14) in 2018.

6 May 2019, Monday – ISEAS – Yusof Ishak Institute hosted multiple prominent Malaysian academics and civil society activists in a two-panel seminar entitled ‘Malaysia’s Pakatan Harapan: One year on’. Attended by over 100 people from various sectors, including businessmen, diplomats from several countries and also officials from international organisations, the half-day seminar reviewed the Pakatan Harapan (PH) government’s progress one year after their victory in the 14th General Elections (GE14) in 2018. 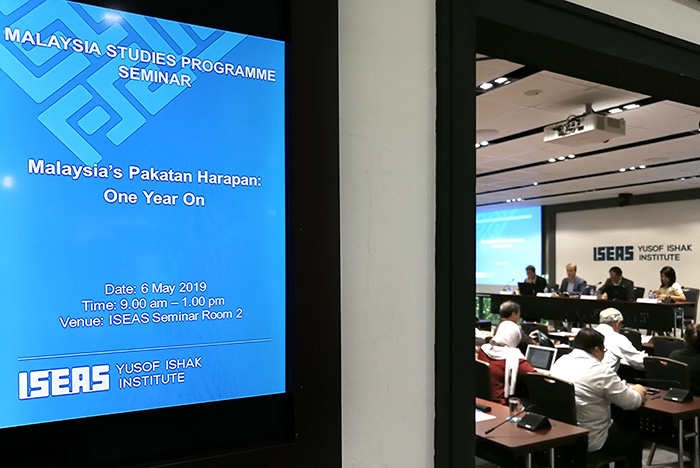 Dr Casey Lee, Senior Fellow at ISEAS-Yusof Ishak Institute, kicked off the proceedings by looking at the state of Malaysia’s economy. While Malaysia’s economic growth remains relatively robust, inflation still looms near. State coffers are still in a state of decline, as a result of high infrastructure spending and severe debt left by the previous administration. This problem has been made worse by a reduced revenue stream, what with a decline in trade and also with the removal of the Goods and Services Tax.

Dr Lee also assessed the PH government’s economic strategies thus far. Noting that voter dissatisfaction over the management of the economy has quintupled over the past year, Dr Lee urged for the government to reassess and a review its economic plans. He also called for the greater investment in deepening reforms in all levels of education to lift Malaysia’s growth potential. Thomas Fann, Bersih 2.0 Chairperson, then listed four challenges facing electoral reform in Malaysia today, namely: the non-independence of the Election Commission, disproportionate distribution of electors within constituencies of different sizes, gerrymandering, and dubious voter registration processes. All of these challenges, according to Mr Fann, revolve around issues of impartiality and transparency, two essential qualities needed for a fair and free general election.

Mr Fann also argued for a revision of the current first-past-the-post electoral system. In its place, a proportional representation system would be a more effective way at ensuring diversity and representation in the government. Stressing the importance of the integrity of the electoral roll, Mr Fann also called for a tightening up of the voter registration process, highlighting the need for an automatic voter registration and also for the inclusion of disenfranchised voters.

Lastly, Ms Cynthia Gabriel from the Centre to Combat Corruption and Cronyism (C4) presented her organisation’s review of PH’s political reforms, especially with regards to their anti-corruption policies. While she acknowledged that there had been some reforms as promised in the manifesto, she expressed her disappointment at the speed with which these reforms were implemented. Further, the many U-turns done by the PH government hampered what little progress that was changed by the reforms. Dr Azmil Tayeb, Senior Lecturer at Universiti Sains Malaysia, spoke about the history and development of the Malay siege mentality, which centres on three important ethno-religious issues: race, religion and royalty. He explained how each of these have been exploited by UMNO to secure votes from the Malay majority.

Following its massive loss in GE14, UMNO is now considering a strategic partnership with PAS, whose similar interest buttresses UMNO’s exclusivist Malay-Islam agenda. Given their antagonistic past, PAS is wary of UMNO; however, they remain undecided on the issue.

Dr Azmil encouraged the PH government to busy itself with fulfilling its manifesto promises, and to tackle the bread-and-butter issues instead of getting caught in ethno-religious debates. Dr Azmil also theorised that a PAS-UMNO alliance, campaigning exclusively on a Malay and/or Islam agenda, would have no prospects for victory in GE15.

Dr Wong Chin Huat, Senior Fellow at Jeffrey Sachs Centre on Sustainable Development at Sunway University, Malaysia, argued that a PAS-UMNO alliance, while not the best option for Malaysia, was nonetheless the most advantageous way forward for both parties. 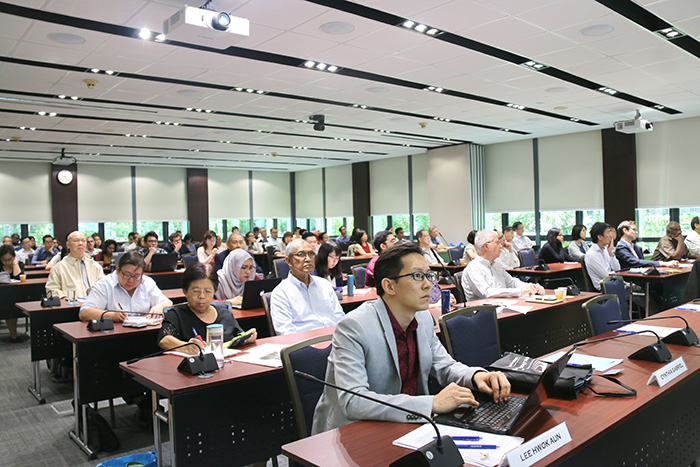 UMNO’s gamble to corner PH in a three-way battle with PAS during GE14 had failed, with PH leading ahead with a slight advantage. However, this was not the case in most of the seven by-elections that have occurred since, when PAS and UMNO teamed up to consolidate their votes, and PH struggled to regain their majority. Dr Wong attributed PH’s loss in the by-elections to a variety of complex factors, including a low turnout and bad timing.

Dr Wong predicted that voter disillusionment, combined with voter unsatisfaction with the current PH government – both from the Malay majority and from its key electorate, the non-Malays – might lead to some PAS-UMNO victories in West Malaysia in GE15.

Like Mr Fann in the earlier panel, Dr Wong also reiterated for a change to the proportional representation electoral system. He pointed out that the current first-past-the-post system will only result in wasted votes, which encourages parties to adopt an irresponsible win-all or lose-all attitude in campaigning. 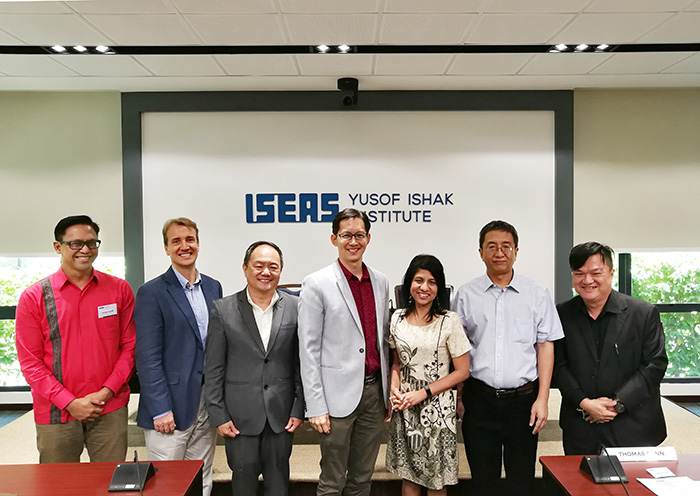 Group photo of the speakers and moderators at the end of the seminar.  Thank you for the interesting and insightful sharing! (Credit: ISEAS – Yusof Ishak Institute)

The panelists fielded several questions from the audience. Members of the audience questioned if the uneasy dynamics of a PAS-UMNO alliance would lead to its auto-destruction in the future. They also asked if economic factors had a role in exacerbating the Malay insecurity attitudes. Finally, the audience also wanted to know how PH can be persuaded to take up the electoral reforms suggested by the panelists.