In this seminar, Mr Shahril Hamdan delivered a lecture on Malaysia’s political context, including Pakatan Harapan’s performance over the past 18 months and the challenges ahead for UMNO.

Tuesday, 8 October 2019 – Mr Shahril Hamdan, the deputy chief for UMNO’s Youth wing, delivered a lecture on Malaysia’s political context, including Pakatan Harapan’s performance over the past 18 months and the challenges ahead for UMNO. Mr Shahril joined the party in 2010 and represented Barisan Nasional in the parliamentary seat of Kuala Langat (Selangor) in the 2018 election. In 2019, along with former UMNO Youth Chief Khairy Jamaluddin, he founded “The Centre”, a think tank dedicated to fact-based research and policy advice. 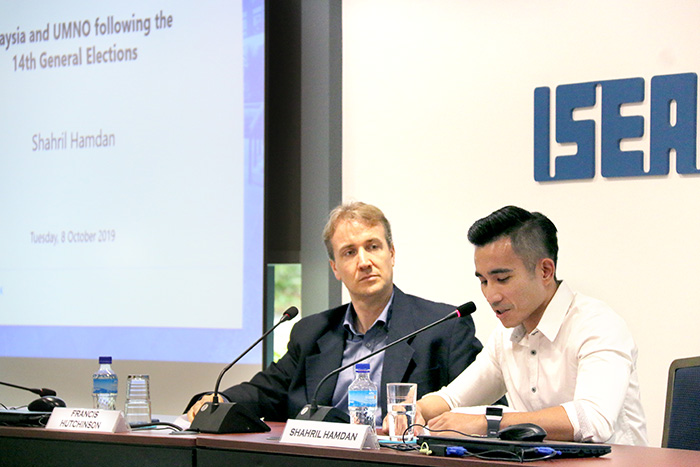 Mr Shahril began his lecture with an analysis of the 2018 general election. In his personal opinion, the immediate euphoria for regime change following the 2018 election was confined to cities and towns. This feeling was not shared amongst residents in rural districts, who instead felt a strong sense of disappointment and shock at Barisan Nasional’s loss.

Mr Shahril subsequently shared his thoughts on Pakatan Harapan’s performance. He highlighted the administration’s shortcomings, particularly in terms of race relations. He opined that identity politics has escalated in the past 1.5 years, with divisive racial discourse becoming commonplace especially on social media platforms. He subsequently commented on the stability of Pakatan Harapan coalition, and argued that public contradictions are frequent even amongst cabinet members. On the matter of fulfilling election promises, Mr Shahril felt that the government has yet to deliver upon most of its promises made in Buku Harapan. As a result, he argues that Malaysians, regardless of class or ethnicity, have become disillusioned with Pakatan Harapan.

Lastly, Mr Shahril also discussed about the prospects and challenges for UMNO as an opposition party. In light of the recent formalised pact with PAS, Mr Shahril commented that UMNO needs to also articulate the demands of non-Malay electorate. He added that Barisan Nasional has to pursue the middle ground instead of pandering to extreme sentiments.

The seminar concluded with a dynamic question and answer session. One participant questioned whether the escalating racial and religious divide since 2018 ignores the deep-seated class inequalities in Malaysia. Another participant inquired if the loss of political power – and state resources by extension – has compelled UMNO to adopt a different model for political financing. Mr Shahril also responded to a range of questions including gender equality within UMNO, the upcoming Tanjong Piai by-election, Malaysia’s national narrative, amongst others. The seminar was held with more than 70 participants from diverse backgrounds including academia, businesses, civil service, and the public. 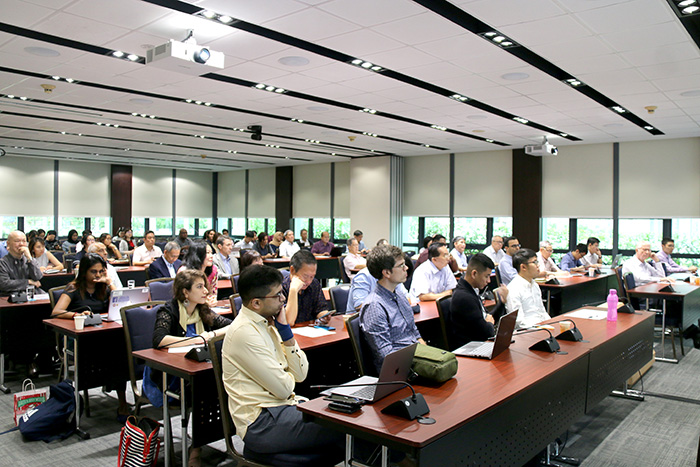 There was a good turnout for this seminar. (Credit: ISEAS – Yusof Ishak Institute)