A+ A-
Dr. Serina gave a comprehensive introduction to the Forest City project and elaborated on its massive environmental impact and potential socio-economic consequences.
Thursday, 15 June 2017 — Dr. Serina Rahman, a Visiting Fellow at ISEAS, delivered a presentation on “Johor’s Forest City: Challenges, Mitigation and Sustainability”. Around 34 people attended the event, most of them hailing from the private sector. 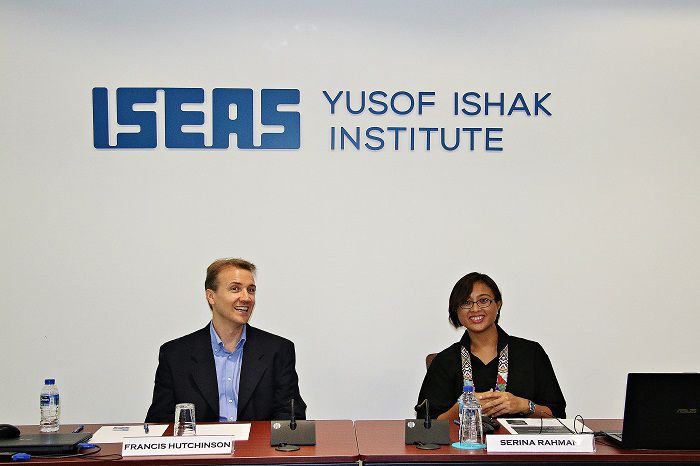 Dr. Serina began by giving a comprehensive introduction of the Forest City project, elaborating on the project plan, the construction process, and its place in the Iskandar Development Agenda. She also touched on how the Chinese-led project is being marketed to prospective Chinese buyers as being “near to Singapore without Singapore’s costliness”, as well as the trouble it has had recently to attract buyers because of the capital controls imposed by Chinese authorities on purchase of overseas properties. Dr. Serina spoke extensively on the massive environmental impact the project has had thus far on the Johorean coast, especially in the mangroves and seagrass, as well as how it had impacted the livelihood and safety of the local communities who live in the area and depend on the waters for fishing. Dr. Serina argued that should the detrimental impacts to local communities not be remediated, it might result in potential racial tension in light of the pending General Elections. Ultimately, the project has much cost still left to be accounted for, and questions remain as to its economic viability and sustainability. 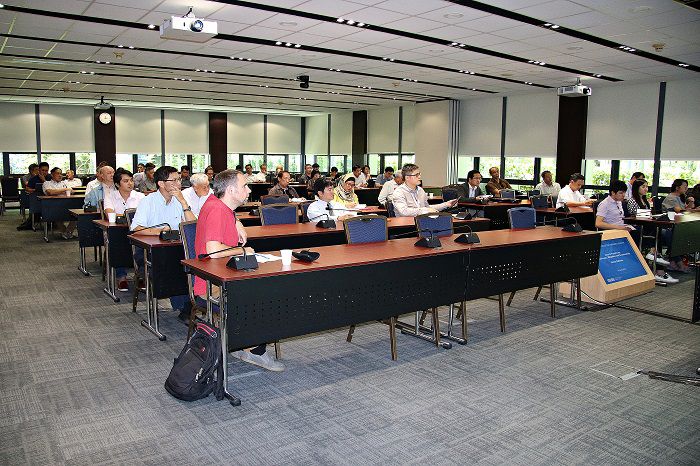 Dr. Serina then fielded questions on the dynamics of federal-state relations with regards to the project, and the possibility of the project being scaled down. She observed that the federal government seemed to be unable to overrule decisions made by the state government and the Sultan (as a significant shareholder in the project), and that the stakeholders were very determined to see the project through despite the many obstacles.