In this seminar, Dr Kai Ostwald presented on the voting patterns in Malaysia’s 2018 General Election and their implications for the country’s democratization process and possibilities for reforms. Most analyses rely on the country’s major ethnic groups (MCIO) or administrative units as categories to better understand voting patterns. The speaker of the event, Dr Kai Ostwald, Assistant Professor in the School of Public Policy & Global Affairs and the Department of Political Science at the University of British Columbia in Vancouver, Canada, proposed an alternative framework – the Four Arenas – for approaching the election and understanding its results. This framework involves classifying the country’s 222 parliamentary constituencies into four groups: East Malaysia, comprised of Sabah and Sarawak; the Northeast, consisting of the states of Terengganu and Kelantan; Peninsular Diverse, seats in the rest of the Malayan peninsula with fewer than 50% Malay voters; and Peninsular Malay, constituencies in the same part of the country with more than 50% Malay voters. This framework has the advantage of being relatively simple, yet able to grasp the key differences across the seats. In addition, the country’s first-past-the-post parliamentary system means that diversity in voting within seats is lost, boiling differences in voting down to a few key variables.

Several key takeaways from analyzing Malaysia’s political context this way and comparing the results from 2013 and 2018 are that: Pakatan Harapan (PH) polled very strongly in Peninsular Diverse seats in both years, but overwhelmingly in 2018; PAS did well in the Northeast in 2013 and even more strongly in 2018; PH’s 2018 victory came because of its ability to tap into BN’s support in Peninsular Malay seats. With this, as well as Warisan’s emergence on the scene, the former opposition was able to secure a parliamentary majority.

Looking forward, much of the battle between PH and Barisan Nasional will be for Peninsular Malay seats. While not overly important in demographic terms, these seats are pivotal due to malapportionment. One of the implications of this is that Malay issues will be very salient in the near future. 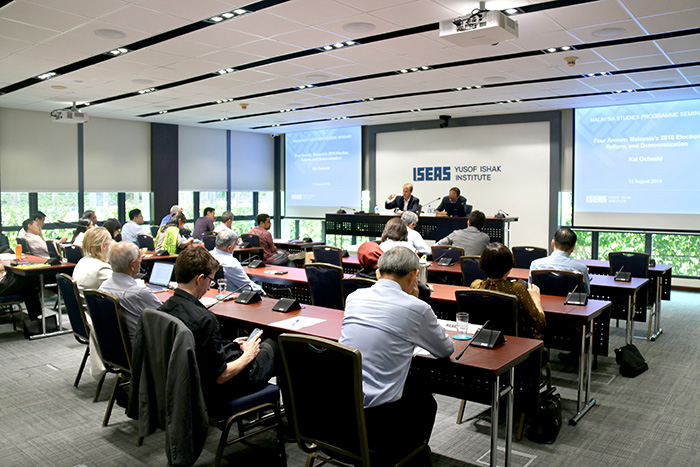