A+ A-
The unexpected results of Malaysia’s 14th General Elections (GE14) came as a shock to most experts. Mr Liew Chin Tong, however, is a notable exception. In April 2017, Mr Liew gave a talk at the ISEAS – Yusof Ishak Institute entitled “Black Swans in Malaysian Politics”.
MALAYSIA STUDIES PROGRAMME
Malaysia in Transition Seminar Series

Thursday, 1 November 2018 – The unexpected results of Malaysia’s 14th General Elections (GE14) came as a shock to most experts. Mr Liew Chin Tong, however, is a notable exception. In April 2017, Mr Liew gave a talk at the ISEAS – Yusof Ishak Institute entitled “Black Swans in Malaysian Politics”. In that talk, he argued that the sentiment against former Prime Minister Najib Razak among the Malay ground was beyond repair and, as long as he remained in office, a change of government would be a likely outcome. Although this view was deemed as too optimistic, this was exactly what happened earlier this year. In order to elaborate on the rationale behind the early prediction and also shed light on the future of the Malaysia under the new government, the Malaysia Studies Programme at ISEAS organised a seminar titled “Defining New Malaysia” with Mr Liew Chin Tong as the key speaker. Mr Liew began his presentation, by shattering the myth that Malay voters are essentially rural voters. Based on recent studies conducted in the country, close to 78 per cent of the electorate is urban – even though they might have registered to vote from their semi-urban hometowns. Among Malays, specifically, this proportion is near 70 percent. However, Mr Liew clarified that in the case of Malaysia, the term “urban” does not necessarily suggest “liberal”; it only indicates that the voters are quite involved in the national conversation surrounding politics and economic development. 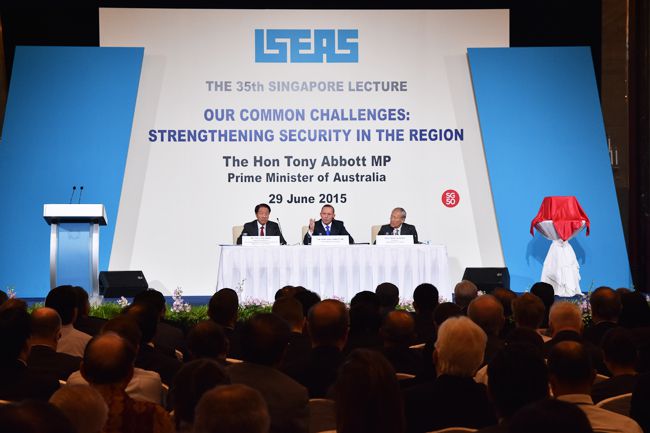 Commenting on the campaign strategies employed by the different parties, Mr Liew said that it would be appropriate to characterise GE14 as an anti-Najib “WhatsApp election”. In contrast to the 2013 election, which was a Facebook election, and 2008, which was an SMS election, GE14 was very influenced by peer-to-peer messaging. This also meant that messages were not picked up by the Najib administration, and contributed to their shock at the result. This sharing of information also enabled voters to by-pass the established media, which was heavily tilted towards the incumbent administration. Much of the election was about Najib Razak and according to Mr Liew, had Barisan Nasional (BN) nominated a different prime ministerial candidate, they could have continued to hold on to power. 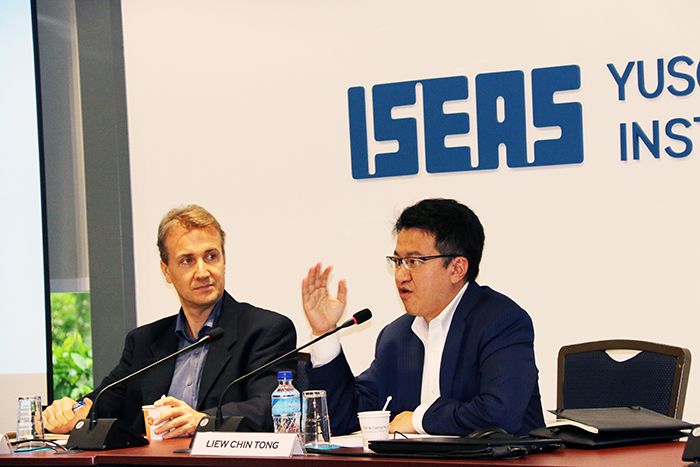 With regard to the new administration, Mr Liew remarked that its stability heavily relied upon the compatibility between PM Mahathir Mohamad and Dr Anwar Ibrahim. In order to continue enjoying the support of the Malaysian people, the coalition needs to focus on four key areas, he added. First, the administration should aim to achieve greater democratisation and division of power across different levels of government. Second, nation building – by fostering trust and communication between distinct communities – should be a major priority. Third, for overall economic development, the government needs to be come up with strategies for: creating opportunities for unemployed youth; retaining high-skilled employees within the country; and adopting greater digitalisation. And fourth, improved foreign policies have to be crafted to ensure that Malaysia can boost its ties not only with ASEAN economies, but also other economies beyond the region. The seminar was 90 minutes long, and was attended by an audience of 111 people, including research scholars, students, members of the media and the public. Mr Liew Chin Tong also answered their questions on an array of topics, including: the evolution of civil services in Malaysia; the state of the federal system of government; the country’s foreign policy towards Singapore; institutional- and electoral reforms needed in the future; and the possibility of BN returning to power.