In this seminar, Prof Jia Qingguo discussed China’s view of China-US relations and its implications for China’s policy orientation and Indo-Pacific security.

Friday, 10 January 2020 – Prof Jia Qingguo, Peking University, gave his take on the Chinese Perceptions of US-China Relations and Indo-Pacific Security. On US-China relations, he was of the view that it was in a bad shape and that it was likely to get worse before it could get better. The factors for such a view included the United States perceived “unreasonable demands” of China on trade, the United States increased freedom of navigation operations in the South China Sea, the United States tightening of restrictions on Chinese visiting the United States, and US efforts to “demonise” China. The two countries also had differences on issues China considered as core to its interests like Hong Kong, Taiwan and Xinjiang. Arising from the heightened US-China competition, Prof Jia opined that China would take steps to promote its technological independence vis-à-vis the United States while at the same time reduce its financial reliance on the United States. China would also seek closer relations with countries like Japan, South Korea and Southeast Asia. China would further step up its military modernization to be better prepared in the event of a military conflict with the United States. The current rocky US-China relationship, in his view, did not bode well for security in the Indo-Pacific. He explained that the term “Indo-Pacific” was used more by countries like the United States and Japan while China preferred the use of the term “Asia-Pacific”.

On the implications for Southeast Asia, Prof Jia surmised that there would be some degree of economic decoupling although he was not sure how far this would go. There would also be increasing pressure from the United States on countries in the region to take sides which would complicate regional cooperation. He suggested that countries in the region could play a role as voices of moderation to urge the United States and China to resolve their differences through negotiations and not confrontation.

During the Q and A session, Prof Jia fielded a range of questions including China’s role in pursuing a denuclearized Korean Peninsula, China’s actions in the South China Sea and its activities in the EEZ of Indonesia’s Natuna Islands, the perception that China tended to act tough on countries that it perceived as weak while it was soft on countries that it regarded as tough. Prof Jia’s seminar drew a crowd of over 100 participants. 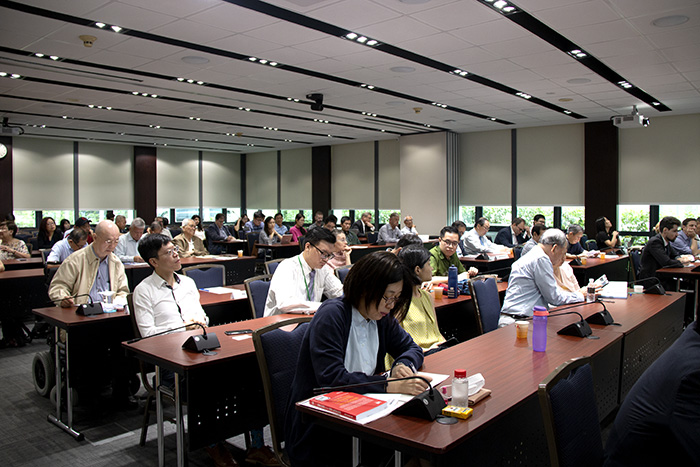