A+ A-
This seminar focused on Chinese trade aciivity in eastern Indonesiain the Early Modern Period.
Nalanda Sri Wijaya Centre 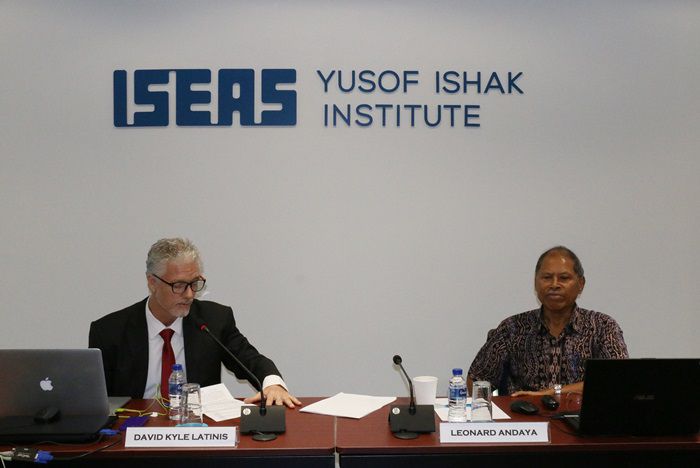 Prof Andaya focused on the localised Chinese trade networks in eastern Indonesia from c. 1400 – c. 1830 and offered insights into the less understood networks operating to collect local produce. The products would eventually flow into big cities like Batavia and Manila. Prof Andaya argued that the functional system of trade networks initiated by Chinese intermediaries averted the need for a political superstructure to organise trading networks in eastern Indonesia.
The maritime area covered in the presentation extended approximately from Lombok to West Papua to southern Mindanao and to the eastern shores of Kalimantan within the domain of the Sama Bajo peoples. This is also the home of a number of exotic products sought by the China market such as bird’s nest, sandalwood, tortoiseshell, and tripang (sea cucumber).
The Chinese actors involved in this intricate trade network were the various Kapitan Cina based in Batavia, Makassar, and smaller port towns; the secondary collectors scattered throughout the island world; and finally the Chinese resident traders in the local communities who acted as the main interface with the primary collectors, or who were collectors themselves. These Chinese tradesmen and collectors were successful because of their knowledge of the lingua franca at different levels of the supply chain, their understanding and adaptability to the needs of local communities and conditions. They extended credit to the Sama Bajo collectors to hire fleets to harvest sea produce and were able to wait for the results. In the case of collecting sandalwood in the Timorese hinterland, the Chinese collectors were the only link to the outside world. The Chinese intermediaries co-ordinated the transport of goods to bigger ports up the supply chain and they peddled for the goods that the locals wanted in exchange for the local produce. They were prepared to obtain gifts for local rulers to win their support.
Prof Andaya postulated that the success of these intermediaries was due to their ability to raise capital and extend generous terms of credit to the local communities; their detailed knowledge of local needs and willingness to supply the goods the local communities wanted by peddling trade; and their successful relationships with primary collectors and other networks through intermarriage, while still maintaining their Chinese connections. The Chinese networks were the “glue” that kept other eastern Indonesia networks function as a unity without the need to have a political superstructure.