A+ A-
Dr Yeo examined the strong narrative on East Asian regionalism which emerged in scholarly discourse during the 1990s has been in decline since the late 2000s.
Tuesday, 13 June 2017  — Dr Andrew Yeo delivered a public seminar entitled “China’s ‘New Assertiveness’ and the Decline in East Asian Regionalism: Implications for ASEAN”. Dr Yeo holds a PhD from Cornell University and is Associate Professor and Director of Asian Studies at the Catholic University of America in Washington D.C. His research interests focus on Asian regionalism and the Korean Peninsula.
The seminar was attended by approximately 50 people, including members of the diplomatic community based in Singapore, academics and students from local and international educational institutions, individuals from the private sector and staff members from the ISEAS Yusof Ishak Institute. 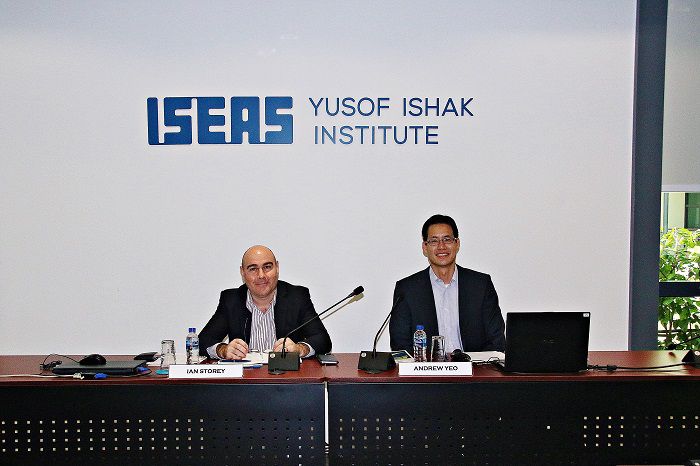 Dr. Yeo’s central thesis is that the strong narrative on East Asian regionalism which emerged in scholarly discourse during the 1990s has been in decline since the late 2000s. His central research question attempts to provide explanations for this phenomena.
Dr. Yeo began with some definitions: regionalization (a bottom up approach, often involving the expansion of trade networks and the movement of people) and regionalism (a state-led, top-down approach created by regional political elites and actualized through regional governmental institutions, multilateral dialogues and trade agreements). The presenter went on to discuss his methodology, which included identifying trends in the usage of the keyword “Asian regionalism” in the titles and abstracts of scholarly journals, as well as newspaper articles over a 20 year period. He used this data to demonstrate that references to “Asian regionalism” showed an upward trajectory during the 1990s, peaked around 2010, and then declined thereafter.
Dr. Yeo posited five possible reasons for this trend:

1. An actual decline in the process of regionalism;
2. Rising nationalism and growing historical antagonism which had dampened the regionalism narrative;
3. Domestic politics and especially changes of leaderships in China and Japan;
4. The “novelty” of Asian regionalism wearing off;
5. China’s growing assertiveness.

Of the five possible explanations, Dr. Yeo contended that Chinese assertiveness was the most plausible reason. He cited Chinese actions in the South and East China Seas since around 2010 in support of his contention. The speaker went on to argue that the decline in the narrative on East Asian regionalism may also be attributable to the decline in ASEAN’s status caused by limitations in its institutional design and divisions among its members over the South China Sea dispute. Since the early 1990s, ASEAN has been in the driving seat” of East Asian regionalism. 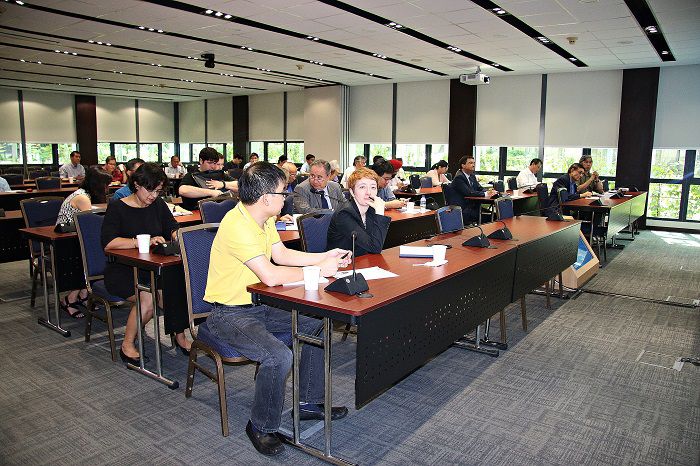 In Dr. Yeo’s view, while discussion of regionalism is on the rise in China, Chinese conceptions of East Asian regionalism differ markedly to that of ASEAN’s: that China does not see regionalism as regional states forging a consensus, but rather as a geopolitical and geoeconomic process centered around China as a Great Power and promoted through initiatives such as One Belt, One Road, the Shanghai Cooperation Organization and the Asian Infrastructure Investment Bank.