Dr Shah began by giving an overview of the Blasphemy law, instilled as a presidential decree in 1965 by Sukarno, the first president of Indonesia. Since then, information recently released by the SETARA Institute in Jakarta shows that there has been 97 blasphemy cases out of which 62 cases were prosecuted due to public pressure. Out of the 62, there were 58 convictions. In Ahok’s case, the public prosecutor pursued two alternative charges against Ahok: one for hate speech, and another for blasphemy. The public prosecutor later confirmed — and this was acknowledged by the court in its written judgment — that Ahok did not commit blasphemy and pressed for the lesser charge (hate speech), and sought a two-year suspended sentence. The court ignored the public prosecutor’s demands and instead found Ahok guilty of violating Article 156a of the Criminal Code, the heavier charge, and imposed a higher sentence of two years imprisonment than what the prosecution sought.
Dr Shah said that the case against Ahok must be understood in light of the current political conditions in Indonesia. She agreed with the argument of many commentators that Ahok’s case was used to rattle the Jokowi administration. She said that it was significant that the mass demonstrations have mostly targeted the presidential palace, instead of the Balai Kota (the Governor’s office). Dr Shah emphasized that Ahok’s speech did not quote the Quran directly but instead referred to people who have misused Al-Maidah verse 51. Known to have a close relationship with Jokowi, Ahok’s speech provided the opportune moment for detractors to weaken Jokowi’s presidency. Dr Shah said that it was possible that the swiftness in the progress of the case (i.e. from Ahok being charged to his conviction) could have been facilitated by the state for various reasons, such as the unprecedented scale of public pressure and prolonged rallies which would have further destabilised the government. Dr Shah said the court’s decision could be understood as a reflection of its strategic decision-making exercise. She explained that the two-year sentence was a middle-path between two extremes: complete acquittal and passing the maximum sentence (five-year imprisonment term). 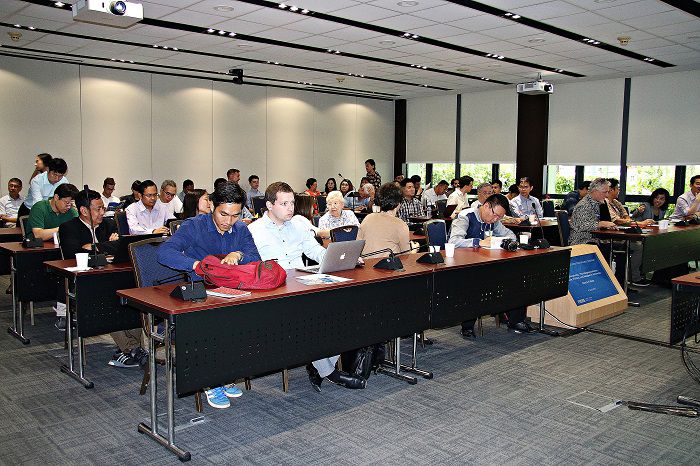 Regarding politicisation of religion in Indonesia, Dr Shah said it was important to see this in relation to the broader politics of society and the political calculation of the elites. She observed that there were signs of internal rifts within Jokowi’s government manifested, for instance, in the fact that Jokowi’s vice-president supported Ahok’s opponents in the gubernatorial elections. She summed up that Ahok was not the first victim of the politicisation of religion, and political actors in Indonesia were generally very cautious in dealing with religious minority issues.
As for why the blasphemy law had not been repealed and was easy to weaponise, Dr Shah reminded that the laws had been challenged twice, but the Constitutional Court upheld it, arguing that the law was still needed “to maintain public order”. She added that Indonesia was not unique in this case as there has been a global trend of democratic drawback, influenced by the conception of democracy as mainly procedural and majority-centric. She observed that the appreciation or understanding of the substantive aspects of democracy (i.e. rule of law and protection of human rights) has been lacking.
On the use of treason charges and the Pancasila as a means of countering the intolerance and extreme politicization of religion in Indonesia, Dr Shah said that the government had to be careful about using these tools, as they appear to resemble the kinds of approaches that the Suharto administration adopted. She added that if the government continued to use these tools with an iron fist, the president could risk alienating Jokowi’s support base amongst civil society activists (especially human rights and democracy advocates). As such, using these tools could be a slippery slope. She concluded that observers are monitoring Jokowi’s performance and policies in the first year of his presidency, which would be one of the most important factors ahead of the 2019 presidential elections.