In this seminar, Dr Donald Emmerson revisits a familiar analogy: “When the elephants fight, the grass suffers. When the elephants make love, the grass also suffers.” He urges the retirement of this hackneyed Cold War parable, notwithstanding the contention of some that the Southeast Asian grass is now trapped in a Cold War II between Chinese and American elephants.

Friday, 6 December 2019  – ISEAS – Yusof Ishak Institution welcomed Professor Donald K Emmerson for this seminar. Professor Emmerson heads the Southeast Asia Program in the Shorenstein Asia-Pacific Research Center at Stanford University, where he is also a faculty affiliate of the Abbasi Program in Islamic Studies, the Center on Democracy, Development and the Rule of Law, and the Ford Dorsey Program in International Policy Studies; and a senior fellow emeritus in the Freeman Spogli Institute for International Studies. To a packed audience, Professor Emmerson delivered a lecture entitled “An Absent Elephant? The US in Southeast Asia”.  In it, he advanced three major arguments: first, that in Southeast Asia, China is not dominant and the US is not absent; second; that the Trump administration exerts both positive and negative effects on the region; and third, that ASEAN needs to be more strategically proactive. Expanding on his first argument, Emmerson noted that despite the political polarization in the US, there remains a strong consensus in the foreign policy community that the US should not cede primary to any other country in the Asia-Pacific. In addition, given the problems China faces internally and along its periphery, it is unlikely that China will be able to dominate Asia, even if it wanted to. Moving to his second argument, the speaker used investment statistics to demonstrate America’s commitment to Southeast Asia, as well as its role as a security provider. On his third argument, the speaker suggested that if ASEAN wants the US to pay it greater attention, and it if wants to enhance the region’s strategic autonomy, it is in the interests of the organization to adopt a more proactive strategic stance. 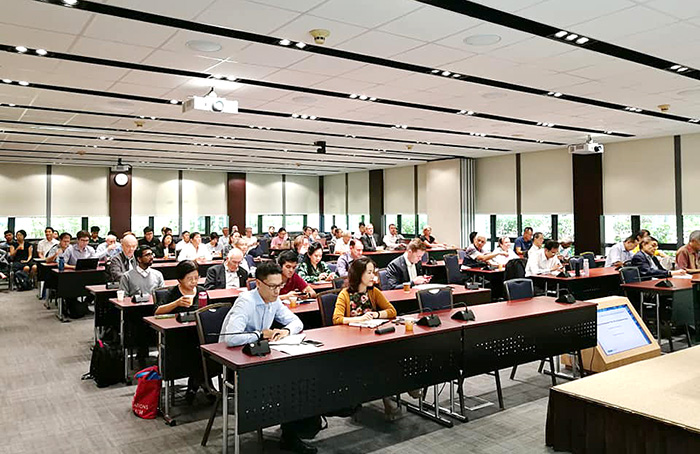