He argued there was still much continuity in US policies. The Presidential election of 2016 was not an election on the degree and scope of US involvement in the outside world. Indeed the latest opinion surveys, including by the German Marshall Fund, show the continuity of strong domestic support for US engagement abroad. . American people know that Asia is important to the US. Basically the US public is ’’centre-right.’’ There is also good support among many interest groups and also the US Congress for the TPP. In the Trump Administration the economic minsters were against it while all the other members of the cabinet were for. Dr Green acknowledged that that bilateral trade agreements, which Trump favours, cannot compensate for the damage done by abandoning the TPP. American businesses too favour cross border arrangements, not bilateral ones. 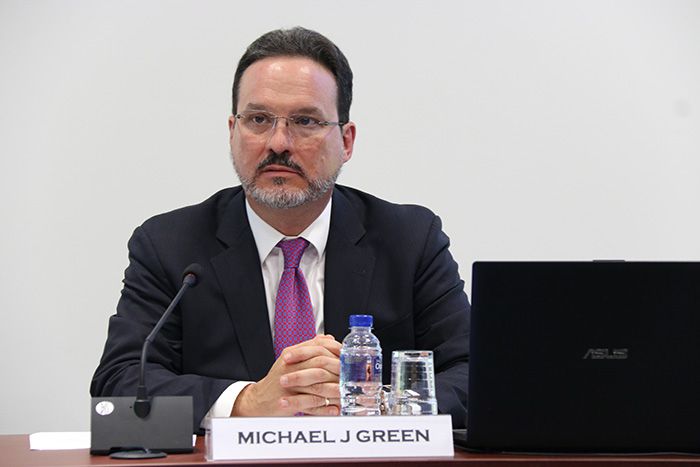 Dr Green reminded the audience that for the past 200 years the US has sought a  balance of power in East Asia so that no foreign power  dominates the region, although there had been gaps in this continuum. There have  been two views on how this is best done. One view is that US strategic policies should be anchored on China. This was favoured by Kissinger and Brent Scowcroft. The other is that US policy should be anchored on the first island chain, which includes Japan.  Donald Trump is attracted to the first view, ie to have a sort of G-2 with China, but the rest of his cabinet favours the second.  The idea that the US should make the first island chain its forward defence line, and not Southeast Asia or Vietnam (as was done during the Vietnam war) has a long history. The US will probably evolve a strategy based on  the first island chain. 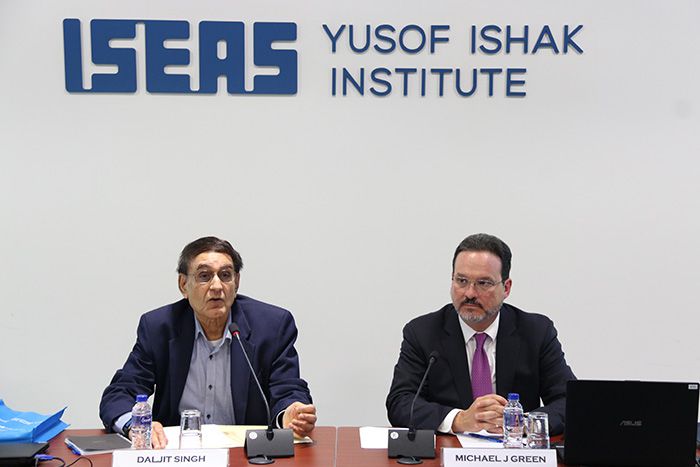 So far the Quad comprising Japan, Australia and India has only had a meeting. But, according to Dr Green, it shows the direction of thinking, ie to prepare for a strategy to compete with and balance China. The idea of ‘’Free and open Indo-Pacific’’ which Trump has embraced is originally a Japanese idea. However Trump’s bilateralism contradicts this.

When asked about the South China Sea, Dr Green said that during the Obama Administration the US had been relying on UNCLOS and ASEAN to check China, but this strategy failed. All recent US presidents have wanted to ‘’cooperate’’ with China. Cooperation will continue wherever US interests require it but there will also be much more emphasis on a strategy of balance of power. In response to a question, he said there was no clear US policy yet to ASEAN. It usually comes from the State Department which is presently in disarray.

The seminar was attended by about 70 people, including members of academia, think tanks, foreign diplomats, Singapore government officials, members of the public and of the business sector.