This seminar will shed light on a recent key research report released by the World Bank entitled “A Resurgent East Asia – Navigating a Changing World”.

Thursday, 2 May 2019 – The World Bank recently released their key research report entitled “A Resurgent East Asia – Navigating a Changing World”. In order to shed light on some of the key findings of the study, the Regional Economic Studies Programme at ISEAS – Yusof Ishak Institute organised a seminar featuring Dr Andrew Mason, Acting Chief Economist for the East Asia and Pacific Region of the World Bank, and Ms Jyoti Shukla, Director of the World Bank in Singapore, as the key speakers. 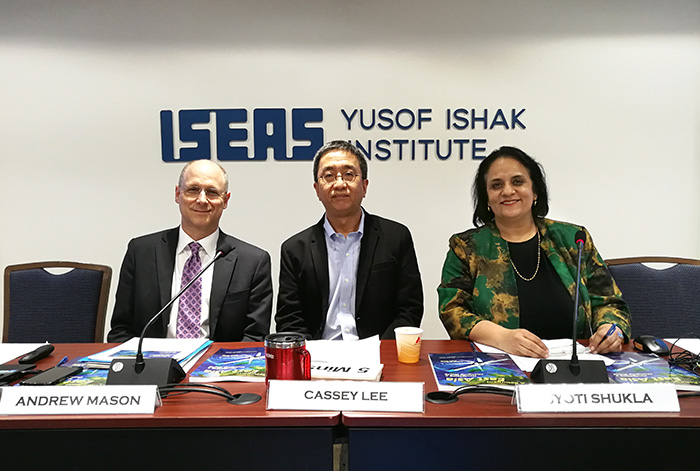 Following the introductory remarks by Dr Cassey Lee, Senior Fellow at ISEAS, Dr Mason began his presentation by talking about the sustained economic growth and simultaneous reduction in poverty that had taken place in East Asia region over the past twenty-five years. Sharing recent statistics with the audience, he pointed out that the overall development in the region had, thus far, been driven by three factors, namely: outward-oriented and labour-intensive growth; basic human capital development; and sound economic governance.

Regarding the challenges that lay ahead, Dr Mason first highlighted the need to address slowing productivity growth by developing innovation and skill-building systems. This, he said, would also be helpful in fostering regional inclusion, which seemed to be at risk in recent times. Finally, he emphasised the urgency of strengthening state institutions to facilitate the transition of East Asian countries to high-income status. After the presentation, four panellists presented their views on the report. Dr Simon Baptist, Chief Economist at the Economist Intelligence Unit, commented that East Asia still had a lot of “catching-up” to do, as China had contributed to most of the region’s growth. He also shared some findings of forecast studies conducted at EIU, and added changing demographics to the region’s list of challenges. According to Mr Manu Bhaskaran, Director of Centennial Group International, given a fairly volatile economic and political environment, ASEAN governments should focus on regulation of the financial sector, and improve fiscal and monetary flexibility of their respective countries.

Dr Michael Fung, Deputy Chief Executive (Industry) at SkillsFuture Singapore, opined that skill development was indispensable for sustained economic growth, and that the Singapore government was investing heavily to equip individuals with a variety of tools to “remain agile” for a long time in the job market.  The final panellist, Dr Lee Hwok-Aun, Senior Fellow at ISEAS, drew the audience’s attention to the rapid deindustrialisation taking place in the region and the challenges that need to be overcome as economies turn more service oriented. 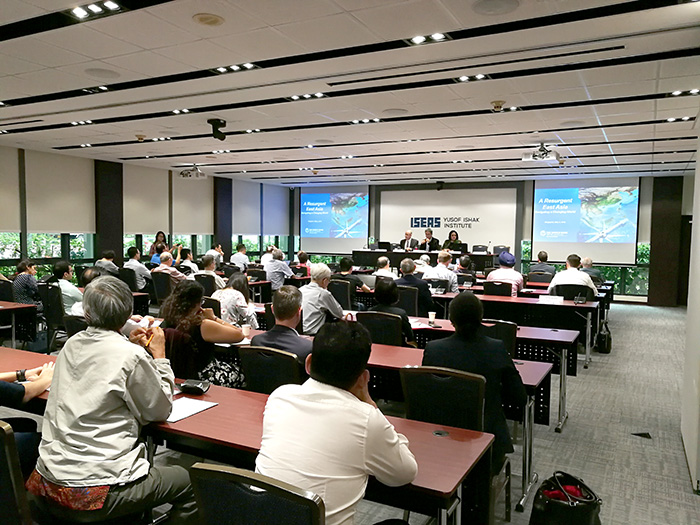 The seminar was attended by an audience of 75 people.

The two-hour seminar was attended by an audience of 75 people, including research scholars, students, members of the media and the public. The speakers and panellists answered their questions on an array of topics, including: the US-China trade war, institutional reforms in the region, and sustainable development.