As part of the activities of the Singapore APEC Study Centre at ISEAS-Yusof Ishak Institute, a seminar was convened to discuss recent developments at the APEC Leaders Meeting which took place at Port Moresby, as well as the challenges ahead in 2019 when Chile takes the chair.

Tuesday, 27 November 2018 – As part of the activities of the Singapore APEC Study Centre at ISEAS-Yusof Ishak Institute, a seminar was convened to discuss recent developments at the APEC Leaders Meeting which took place at Port Moresby, as well as the challenges ahead in 2019 when Chile takes the chair. The seminar was helmed by APEC Study Centre coordinator Dr Siwage Dharma Negara, who was flanked by a panel consisting of Dr Alan Bollard (Executive Director of the APEC Secretariat), Mr Hellmut Lagos (Host Economy Representative for APEC Chile 2019 in Singapore), and Mr Eduardo Pedrosa (Secretary General of the Pacific Economic Cooperation Council). There were around 50 attendees, including diplomats, researchers, journalists, and members of the public. 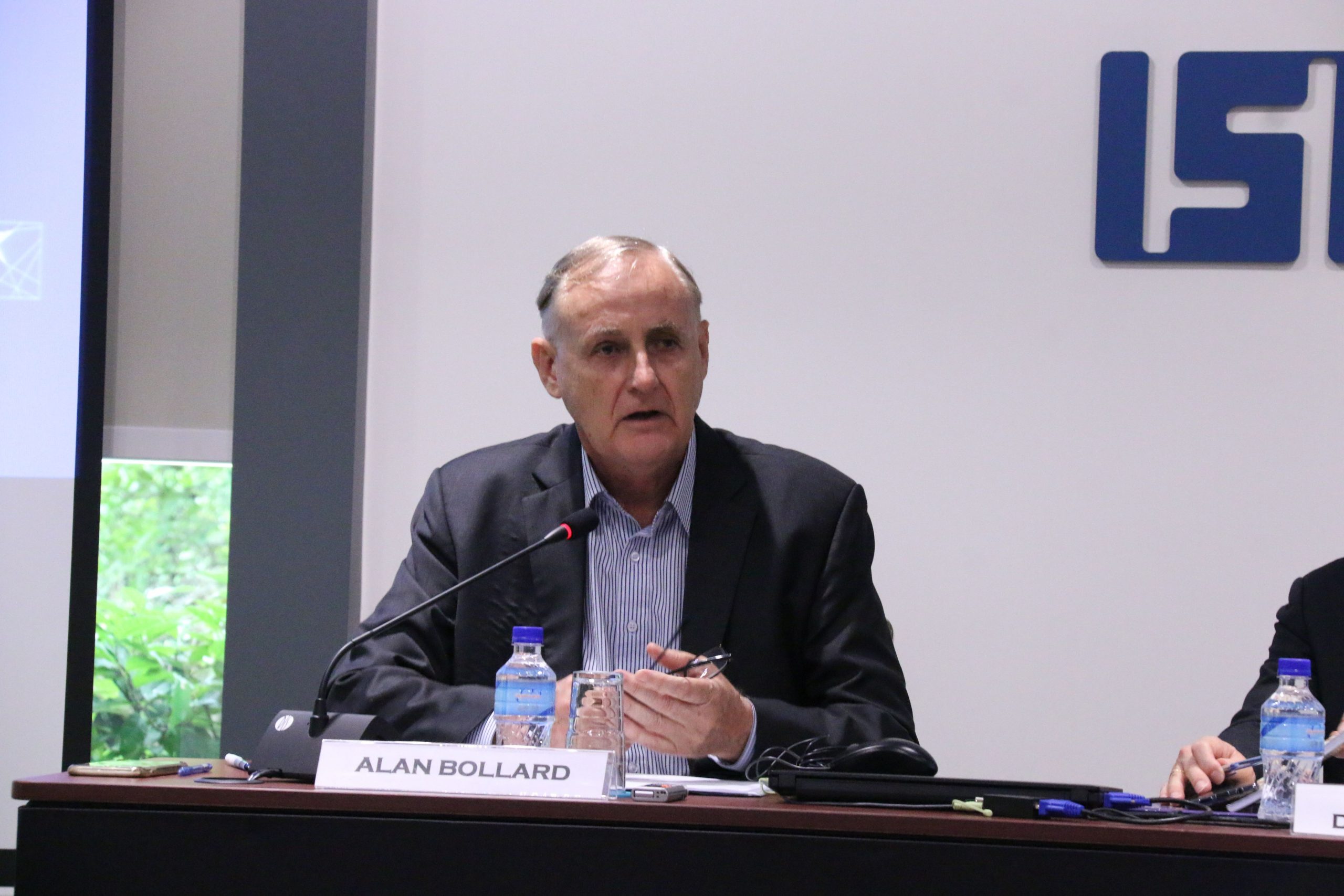 Dr Bollard outlined the two major organising themes of the Port Moresby summit: (i) helping people in the region to improve their livelihoods, especially through trade and economic integration, and (ii) applying digital technologies to benefit both businesses and people, especially small and remote enterprises and women in the informal economy. Dr Bollard shared how Papua New Guinea insisted on elevating digital futures into a priority because they saw the potential for digital technology to assist in bridging small and remote local entrepreneurs to the world market. Additionally, he attributed the lack of a Leaders’ Declaration to the differing understandings of  “free and open”  vis-à-vis “fair and reciprocal” trade, among others. He mentioned the institutional importance of the Free Trade Area of the Asia-Pacific (FTAAP) in ensuring that the various regional trade agreements progress in a converging direction. However, despite some disagreements, the leaders remained committed in recognising the importance of trade and APEC, especially the latter’s role as an “incubator for new ideas”. Furthermore, he shared that it was important for APEC to avoid papering over differences, but rather to understand and address these issues forthrightly. After highlighting the importance of APEC to the Chilean economy, Mr Lagos delineated the three primary priorities that Chile will advance during its tenure as APEC chair in 2019: addressing the challenge of improving digital infrastructure and access to digital economy, ensuring preparedness for the 4th Industrial Revolution, and increasing opportunities for women, small businesses, and indigenous people. He further shared that Chile will also continue to engage both commerce and academia through mechanisms such as the APEC Business Advisory Council (ABAC) and the APEC Study Centre Consortium (ASCC). Mr Pedrosa discussed the results of an annual survey conducted by the Pacific Economic Cooperation Council (PECC) on the state of the region which draws upon the responses of 529 regional policy experts (including government officials, academics, civil society activists, and journalists). The survey highlighted lowered expectations for growth in the region, prompted by worries over increased protectionism and the ongoing trade war between China and the United States. The respondents also registered their increasing pessimism about the political environment for freer trade in future. Additionally, Mr Pedrosa shared that many of the respondents expressed the desire for APEC to address the rising trade tensions and the future of the WTO and the emergence of anti-globalisation and anti-trade sentiments. However, he also noted that perceptions of APEC remain positive by a margin of 63% to 16%. This is in contrast to the ambivalence recorded in the first edition of the survey in 2006, where only 46% of the respondents indicated a favourable view of APEC and 37% registering the opposite sentiment. The seminar concluded with the panellists addressing questions from the audience about the need for mutually beneficial and fair infrastructural investments, the progress of APEC initiatives and the lessons learnt following the 2018 summit.