This was the seventh seminar in the Arts in Southeast Asia Seminar Series. ISEAS warmly welcomed Dr Phoebe Scott, curator at the National Gallery Singapore (NGS) for a presentation titled “Colonials or Cosmopolitans? Vietnamese Artists in Paris in the 1930s-1940s”. More than 20 participants from local museums, universities, and the public attended the talk. Wednesday, 23 November 2016 – This was the seventh seminar in the Arts in Southeast Asia Seminar Series, organised by the Regional Social & Cultural Studies Programme at ISEAS. ISEAS warmly welcomed Dr Phoebe Scott, curator at the National Gallery Singapore (NGS) for a presentation titled “Colonials or Cosmopolitans? Vietnamese Artists in Paris in the 1930s-1940s”. More than 20 participants from local museums, universities, and the public attended the talk.

She began her talk by noting that the perception of Vietnamese art experiencing a period of decadence was growing in the early 20th century. Hence, one of the main objectives of French pedagogical institutions such as the École des Beaux-Arts in Hanoi was to prevent this supposed decline of Vietnamese art. A way to protect the “raciality” of this art, according to Dr Scott, was to keep artists away from Western influences. This would prevent according to them from “pastiche” labelled hybrid art to further develop.

Teachers in Hanoi recruited from France, such as Victor Tardieu, encouraged artists and artisans to look towards East Asian art instead. Dr Scott gave a few examples such as a lacquered décor of a room suite exhibited in the Indochina pavilion and a screen painting by Le Pho presented at the 1931 exhibition. This work was clearly influenced by Japanese screen painting.

This protectionist bend, according to Dr Scott, was manifest in the colony’s art schools as well. Vietnamese students were not encouraged to travel, and only in the 1930s did a handful of students receive grants to travel to Paris. However, those allowed to travel evolved within the narrow framework of the colonial exhibitions and institutions related to colonial affairs. These colonial exhibitions were heavily influenced by the French Schools, often showcasing Vietnamese decorative arts and woodcarving so favoured by the French. As a result, Vietnamese students had to tap into the French taste for sinicised lacquered exotic furniture already fashionable in Europe during the 1920s and 1930s. 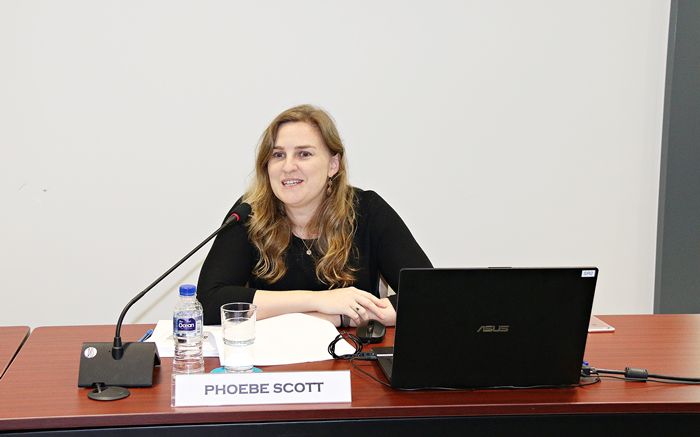 Dr Scott sharing her views on how Le Pho’s work was seen as a synthesis between aspects of French and Asian traditions (Source: ISEAS – Yusof Ishak Institute)

The central question raised by French critics of the exhibitions was whether the “racial artistic quality” of Vietnamese art had been compromised or supported. This issue of national and racial personality in the 1930s was not particular to the assessment of colonial art. In fact, this rhetorical division between national and foreign was already revolving around the idea of French art itself during the inter-war period. This preoccupation of French art versus foreign art was expressed in the concern over the presence of foreign artists in Paris during that time.

Given this situation, Dr Scott questioned the ability of Vietnamese artists to go beyond the colonial platforms such as colonial exhibitions and spaces. However, she also noted that  Vietnamese artists’ works were presented in non-colony related institutions, such as the French Société des Salons des Artists Français.

To illustrate her point Dr Scott highlighted Le Pho, the artist who had the most significant impact of the four artists who were sent to Paris. Le Pho was able to travel to China and absorb other Asian elements for his compositions and style. A 1938 self-portrait shows a cosmopolitan man dressed in Western style.

Tentatively, Dr Scotts’ conclusion as to whether the Vietnamese artists were perceived as cosmopolitan or colonial artists was that it was difficult for them to evade the frame of colonial tutelage. She also concluded that the conservative art press had played a major role in endorsing their position as colonial artists.

However, Vietnamese artists in Paris managed to escape colonial patronage by creating eroticised and orientalised painting topics fuelled by the market.

Questions during the Q&A session included the comparison between the perception of Chinese and Vietnamese artists who settled in Paris, the view of the people of Vietnam today with regard to this period of their art history, and the artists’ relation to the Parisian avant-garde. 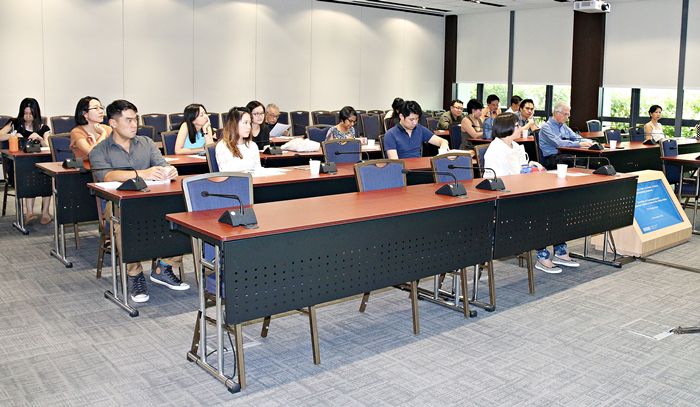