Tuesday, 29 March 2016 – Given the scarcity of written sources from the early Islamic phase in Javanese history, material culture is an invaluable tool for examining this dynamic period of change as Javanese culture transformed from Hindu-Buddhist to Islamic confession. 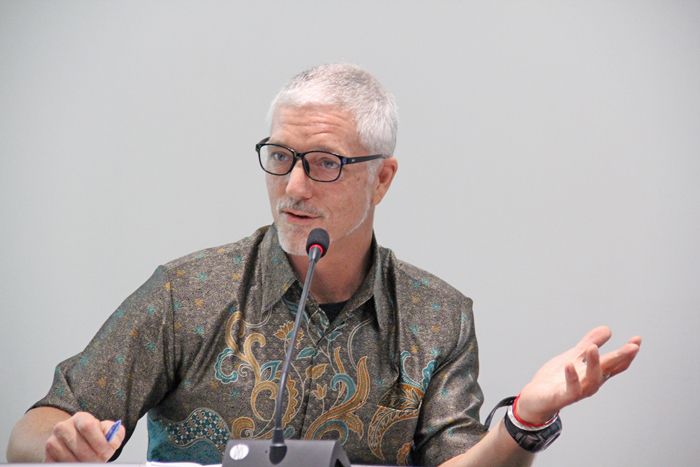 A motif that began to appear in the early Islamic period was the seated lion, which often appeared in pairs on both sides of a portal opening in the mausolea of Muslim holy men or wali who were also local rulers. These mausolea continue to be revered by Muslim pilgrims up to the present. The lions are carved in stone or wood in relief or in-the-round. Dr Njoto starting off the session by providing the background of the carved lions forms on five mausolea (Source: ISEAS – Yusof Ishak Institute)

During the lecture held this morning, Dr Hélène Njoto, Visiting Fellow, Nalanda-Sriwijaya Centre, ISEAS – Yusof Ishak Institute, analysed the features of the lions on five mausolea and related some of them to the Chinese lion and qilin and other correlated motifs (baizi, etc.) from Vietnamese art. The appearance of these sinicised forms is supported by the wide circulation of Chinese and Vietnamese ceramics which motifs probably inspired craftsmen, but also by circulation of men in the region through a dynamic trade network.

Dr Njoto also provided a comparative analysis of the carved lion forms in other contexts (royal and cult regalia) to show the spread of sinicised motifs outside the funerary complexes. 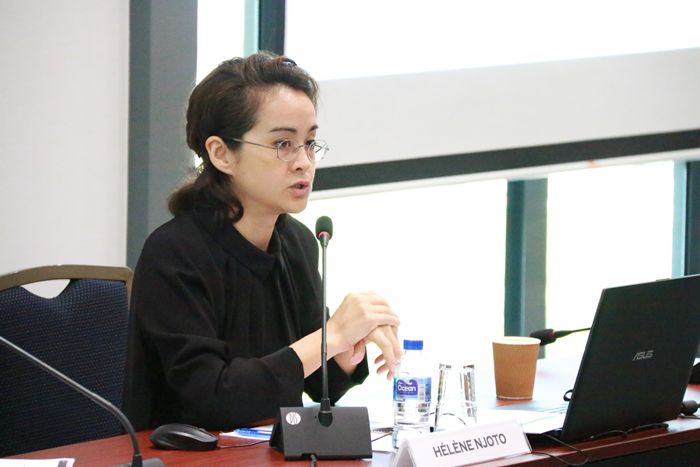 Dr Njoto concluded that the lions and other motifs present on the funerary sites such as floral motifs point to the ruling elites’ strong taste for sinicised motifs. This phenomenon is consistent with the popular belief that the early Muslim rulers were Chinese or they could be persons who were strongly influenced by Chinese culture. The development also unfolds within the double processes of the Javanisation of Muslim foreigners and the Islamisation of Java. About 40 participants attended the 1.5-hr lecture which was held in Seminar Room 2, ISEAS.