A+ A-
Dr. Tana Li, who is a Visiting Senior Fellow at the Nalanda Sriwijaya Centre, argued in her lecture on “Imperial Rice Transportation of Nguyen Vietnam” that the imperial system of rice transportation was a great lens in which to examine state control and power.
NALANDA-SRIWIJAYA CENTRE LECTURE SERIES

Wednesday, 1 November 2017 – Dr. Tana Li, who is a Visiting Senior Fellow at the Nalanda Sriwijaya Centre, argued in her lecture on “Imperial Rice Transportation of Nguyen Vietnam” that the imperial system of rice transportation was a great lens in which to examine state control and power. Dr. Li also considered how Vietnam’s geography, ecology, and economic market forces factored in the maintenance of that power base.  Dr. Li framed the talk by looking at why the imperial system was implemented, what went wrong, and what was the effect of the policy in the north. 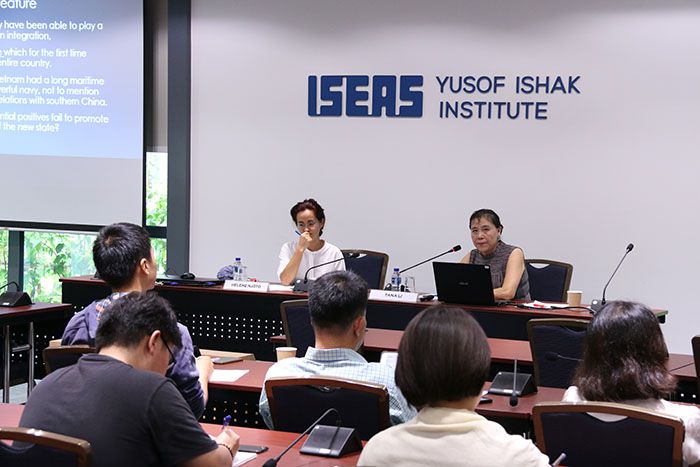 The imperial rice transportation system, which was the largest logistical state operation in pre-modern Vietnam and involved tens of thousands of people and up to 650 ships, went between Hue and Nam Dinh to cover court official salaries and to support the imperial court.  The system was implemented to try to reduce prior regional divisions, but the south, which had built its strength on exporting commodities such as betel nut, pepper, and sugar, suffered greatly as global commodity prices for those items were depressed during the turn of 19th century. 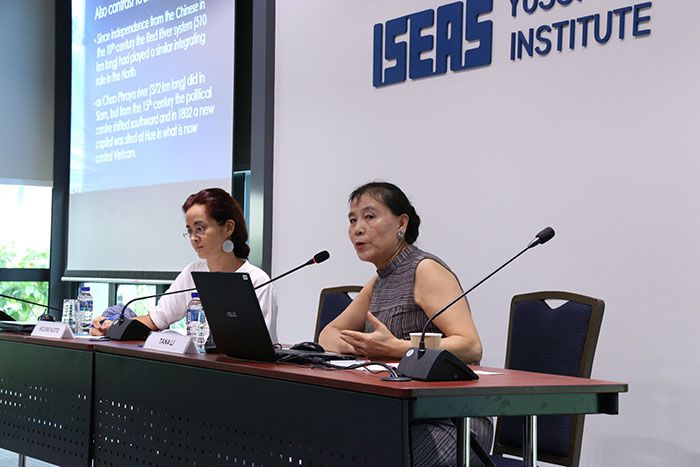 Dr. Li showed how the rice transportation system functioned as a way to meet the rice demands of the capital in Hue. But this came at great cost as the ships were forced to sail during seasons with high inclement weather in order to make it in time for the harvest period, and some were lost.  Dr. Li also showed how the rice transportation had the effect of weakening the court’s potential opponents in northern Vietnam by taxing the region heavily and also instigating a rice ban.  She emphasized the way rice was used by Nguyen Anh to trade for western arms in the 18th century. 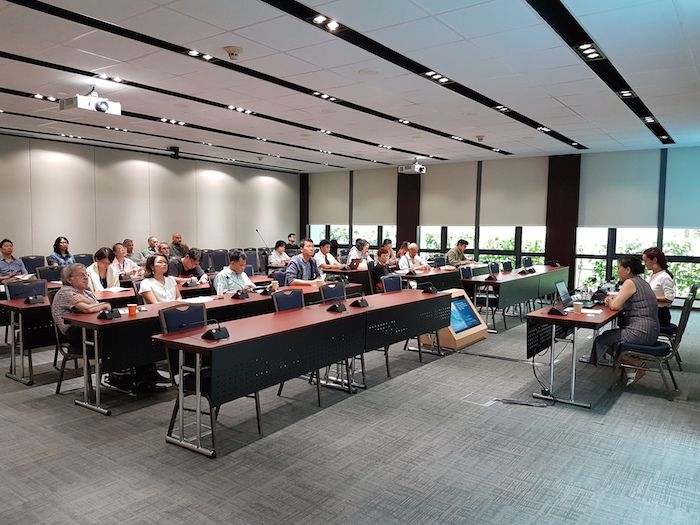 The 60 min lecture was attended by an audience of 28 people, including research scholars, students, and members of the public.  It was followed by a lively 30 min Q&A session in which Dr. Li answered questions over whether the failure of imperial rice transportation had more to do with logistics or political integration; if trade routes through the mountains were considered; the nature of the 47 rebellions in North Vietnam during the study period; if Gia Long’s Vinh Te canal was an attempt to solve logistical issues; the nature of the rice transportation system, ship technology, and weather pattern knowledge during the period; and the role of the Chams as shipbuilders and sailors.