Monday, 23 April 2018 – Dr Show Ying Ruo, Visiting Fellow at Nalanda-Sriwijaya Centre, ISEAS, delivered her NSC Lecture on “Demystifying Chinese Vegetarian Halls: The Esoteric Tradition of Sino-Southeast Asian Religion”. This lecture explored the lineage, gender dimension, and texts of the religious network of Chinese vegetarian halls and temples in Singapore, Malaysia, and Indonesia, and linked them to the broader landscape of Southeast Asia’s early Chinese community. Dr Show obtained her PhD in Chinese Studies from NUS in 2017, focusing on the premodern Chinese Precious Scrolls scriptures. Her research interests are gender and religion, especially the Three Teachings (Confucianism, Buddhism and Daoism) in Southeast Asia. Over thirty participants from institutes of higher learning and research, the diplomatic corps, non-profit societies, private firms, the press and the media, and the public attended this lecture. Dr Show began by noting that the term “vegetarian hall” is rather vague since these temples are known by different names (e.g. Halls of Guanyin), yet are all linked to the esoteric Chinese syncretic religious sect called the Way of Former Heaven, whose religious pursuits draw from the Three Teachings. These halls were established in the late-19th and early-20th centuries by the sect’s respective Great Masters and resident-members. They have fostered a sense of community through the religious commitment of their members and formed inter-connected networks by their respective lineages and orientations. Employing epigraphy and multi-sited ethnography, Dr Show shed light on these less well-known religious networks and practices, which are unique to Southeast Asia, to show how these localised forms and manifestations of lay Buddhism have become integral to the region’s society and culture and evolved over time. Dr Show shared that the “Precious Scroll” texts printed in Southeast Asia and circulated in the halls feature hagiographical content of sect leaders and the cults of deities, characterised by a message of salvation. In some, female protagonists found ways to express their identity, mediate between female religiosity and domestic resistance, and negotiate gendered roles. Although sectarian Masters were largely males, these halls were usually maintained by women, especially as they attracted more women than men and remain feminised spaces. The history of these halls presented evidence of religious reciprocation, business links, and intellectual exchanges. Their founders included elites, successful businessmen, Chinese physicians, and traders of Chinese herbs. She also illustrated how to identify whether residents were vegetarian followers, Buddhist, or converts to other religions. Dr Show traced this religious movement’s expansion from China to Nanyang, where political sentiments were more evident. Chinese authorities considered these redemptive societies, with their salvationist religion and anti-revolutionary beliefs, to be militant and heterodox, and persecuted them, so followers went underground and travelled elsewhere. They split into different divisions, reflected in the iconography of the halls, with the most influential line in Southeast Asia. Divisions established their own connections to temples in China for mutual support, and actively contributed to their local communities, resulting in a landscape of multi-directional connections intertwined with changing political boundaries. Dr Show emphasised the importance of attending to the social context of immigration, since many vegetarian nuns had been “water guests”, often single, strong, and independent women, facilitating mobility. Dr Show concluded by noting that these halls are finding it increasingly difficult to survive and attract women, who now have greater opportunities to find jobs and homes, to join them as vegetarian nuns. Her comprehensive introduction to vegetarian halls and extensive material set the stage for a lively question-and-answer session. This allowed Dr Show to share about the spatial arrangements of vegetarian halls as part of certain Buddhist temple compounds, the sect’s greatest period of expansion in the 19th century, and the smaller halls’ income from joining Buddhist associations and performing rituals (bigger ones are supported by their main, ancestral halls in Southeast Asia, especially Singapore). She noted that some vegetarian disciples were adopted and ordained by Buddhist masters, contributing to the Buddhisization of some vegetarian halls, and that while the sect was seen as heterodox in China, it was not banned in Southeast Asia and flourished in secrecy. 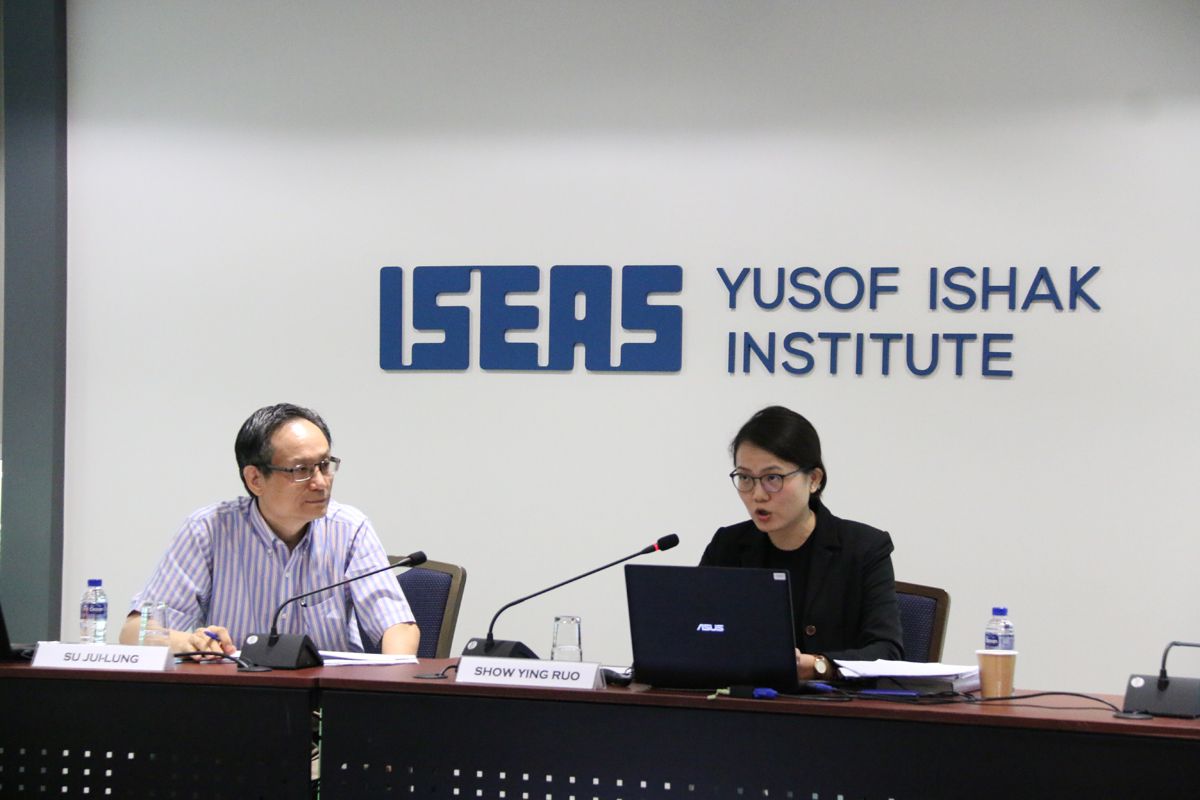 Dr Show also answered questions on the sect’s beliefs and practices, including an earlier strict form of cultivation that included meditation and alchemical practices inspired by the Three Teachings; attaining higher status via examinations involving chanting and training in fortune-telling and medical knowledge; and how higher-ranking members were designated as such on tombstones while some preferred to be identified as Buddhist. She also shared about the impact of the halls’ foodways on the region’s foodscapes, with masters and nuns advancing vegetarianism by introducing dishes and establishing restaurants with their creative culinary skills. Finally, Dr Show discussed how early female immigrants played key roles in the halls by providing funds, forming connections, performing and chanting for donations, donating to schools in the region, and even venturing into poetry and painting.