This seminar is the first in the series of seminars on Industry 4.0 policies in Southeast Asia.

Thursday, 21 Mar 2019 – The seminar is the first in the series of seminars on Industry 4.0 policies in Southeast Asia.  It was delivered by Dr Archanun Kohpaiboon, an eminent economist from Thammasat University (Thailand) who is well-known for his extensive research on the Thai manufacturing and services sectors. 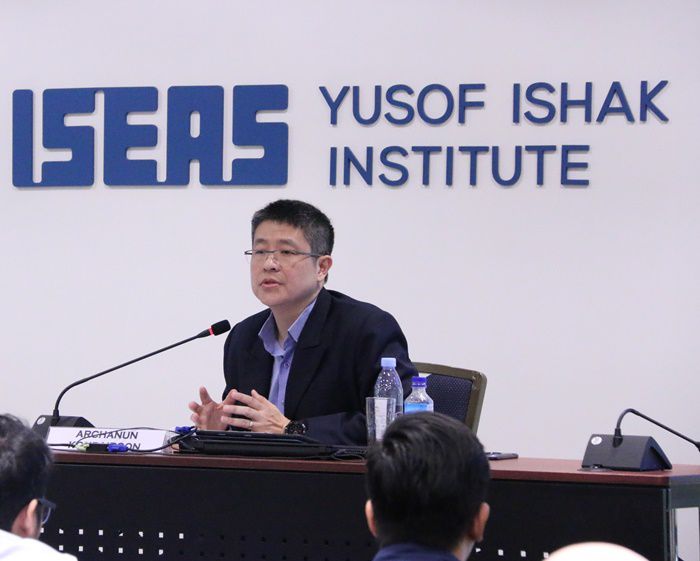 Dr Archanun began his presentation with a discussion on the meaning of the term “Industry 4.0”.  According to him, Industry 4.0 involves the integration of Internet of Things (IoT) technologies into industrial value creation. This has enabled manufacturers to harness entirely digitized, connected, smart and decentralized value chains.  The term was first coined in Germany in 2011 but many other related terms have been used such as “Industrial internet of things”, “Fourth Industrial revolution” and the “Second Machine Age”.

In terms of the impact of Industry 4.0, Dr Archanun was of the opinion that it will intensify the competition faced by firms in developing countries and may pose potential threats in other areas such as security, privacy and employment. However, he also noted that it will also create new opportunities for businesses.

To harness the potential of Industry 4.0. the Thai government has formulated the Thailand 4.0 Policy which was introduced in order to transform Thai economy into a “value-based economy”.  In this policy, ten industries were identified as key drivers.  Five were “S-curved” involving existing industries that can be improved through technological uptake to boost their efficiency and value addition. Another five “new S-curved” industries are nascent high-tech industries slated to become significant long-term growth drivers. A key focus of the current industrial policy in Thailand is the development of the Eastern Economic Corridor (EEC). The develop EEC, the government has made massive infrastructure investments and given incentives to attract FDI.  Some of these incentives (e.g. subsidies) have been given to existing manufacturers to help them undertake more local sourcing of components that will be technologically upgraded in the future. As for new S-curved industries, new R&D incentives have been offered though these remained vague in their implementation.

Overall, the policies adopted are similar to what has been done in the 1980s.  Policies aimed at promoting the automation and greater use of ICT by indigenous firms have not received top priority.  There is insufficient information on the efficacy of these policies.

The Thai government has been aware of the importance of ICT since the mid-1990s.  A number of national ICT plans have been formulated.   New ministries have been created and evolved over time to implement these plans. There is a need to prioritise policies and take into account the heterogeneity of firms.  The Thai government has also been very pro-active in promoting ICT adoption by launching an e-trading platform. 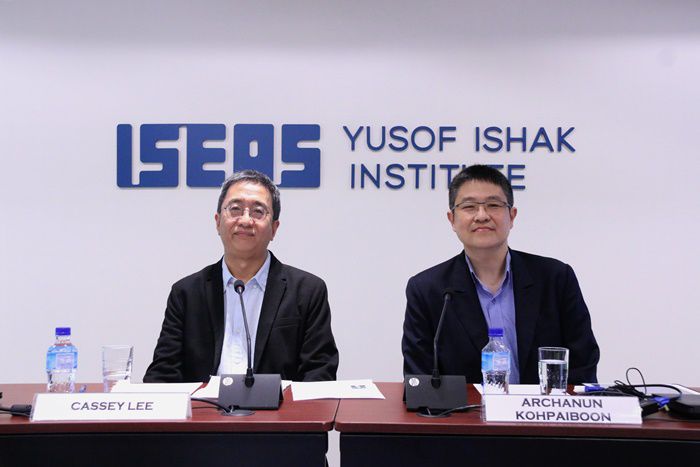 There is also a recognition of the impact of Industry 4.0 on employment.  However, current re-skilling programmes – in terms of the skills offered and financial incentives – may not be adequate to deal with this problem.

Finally, the Thai government is engaged in promoting greater digitalisation of its agencies and ministries.  Most of the current expenditures are targeted at the acquisition of IT equipment.  The distribution of such expenditures across the various provinces is very uneven.