The Co-coordinator of the Indonesia Studies Programme, Dr Siwage Dharma Negara, gave remarks on Indonesia’s economy and millennial demographic landscape. From the survey polls presented, the numbers of millennials who were interested in politics are relatively small. For instance, only 11.7% of the millennials chose to join a political party, and 23.4% of the same respondents followed political news.

Mr Rian revealed the demographic of the millennial generation in Indonesia and PSI’s presence as a new political party in the country. He mentioned that the opposition played politics of fear during the campaign, namely the fear of unstable food prices and the issue of xenophobia towards the Chinese migrant workers. Nevertheless, he argued that under the 2004 regional autonomy law, power is no longer centered on the president, instead mayors and head of districts are the actual decision-makers at the local level. 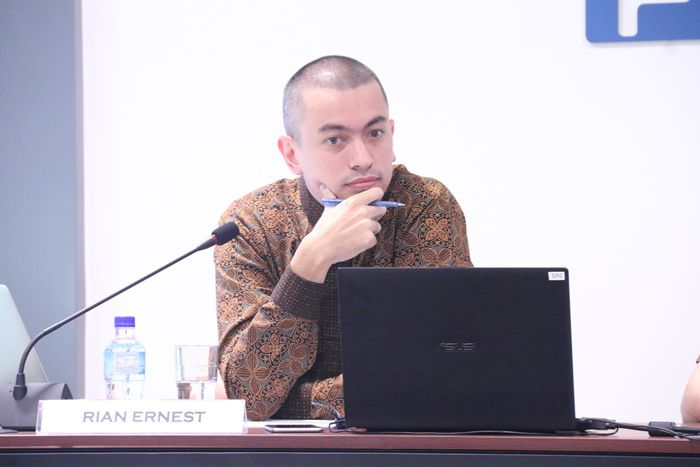 Mr Rian painted an optimistic view of the Indonesian economy. Currently, Mr Joko Widodo as an incumbent has been focusing on two main domains; infrastructure and human resource development. If re-elected, he foresaw Jokowi will introduce some new development plans, including those to promote human resources and social assistance programs.

Nevertheless, Mr Faldo highlighted two main concerns on the economy. First, he was aware of the anxiety about getting jobs among the millennials. He also mentioned the challenge of Indonesia’s demographic bonus in 2030 and the importance of digital economy. Moreover, Mr Faldo argued that the leader needs to have a clear vision for the country’s future productivity. There is a need for mindset change, which is from capital (or land) ownership to access to production factors. 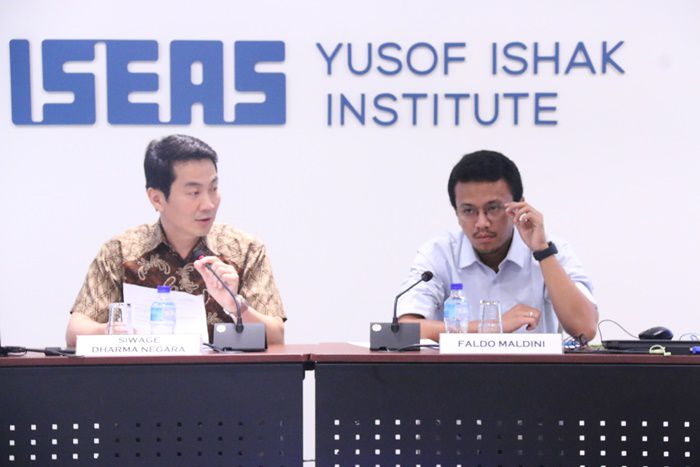 Second, the price instability has become a concern for the common people. Indonesia has been importing most of the basic commodities. Mr Faldo argued that this gave no added value to the people’s welfare and led to anxiety for the people in the rural area. In this regard, he explained that the Mr Prabowo Subianto had prepared some breakthrough policies to overcome the economic challenges, including stronger law enforcement and greater employment of agriculture graduates.

The seminar was 100 minutes long and attended by an audience of forty people spanning the diplomats, academician, entrepreneurs, private sectors, student, and the public. The audience engaged in a discussion on a wide variety of topics, including the gap between the rural and urban millennials, the environment, and the digital economy. 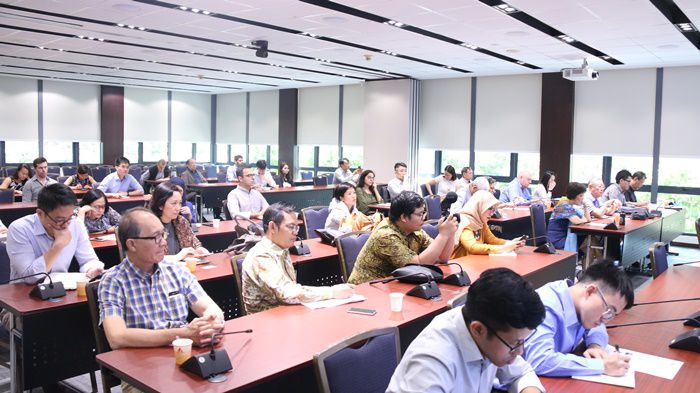