This seminar brought new light on a crucial period of Indonesian art history. Prof Vickers’ starting point was the exhibition ‘A Hundred Years of Indonesian Art’ (Seabad Seni Rupa Indonesia), opened in 1976 by President Suharto and held at what is now the Museum of Fine Arts and Ceramics in Jakarta. Prof Vickers argued that the exhibition was significant not least since it displayed a comprehensive number of Indonesian artworks from public and private collections at a time when Indonesia did not yet have a national collection. This was the peak of what Umar Kayam called ‘honeymoon period’ of Suharto’s New Order, although Suharto had not yet consolidated his power. Anti-communist artists regarded this as a period of freedom of expression.

The exhibition, curated by Kusnadi and other artists, displayed not just masterpieces, but also works by surviving left-wing artists. Founding modernist Raden Saleh was enthroned in the most central room, and Zaini, Affandi, Basuki Abdullah, Sudjojono, Sudarmadji, Solihin, Henk Ngantung, Agus Djaja, Harijadi, Nazarin and Rusli, were among others prominently featured. A good part of the exhibition artworks were chosen from the Sukarno collection, referred to as “the Presidential collection”, since Sukarno’s name was politically sensitive. The new Jakarta Arts Council (DKJ), founded by Ali Sadikin played an important role. The exhibition also brought along private collections, notably those of Adam Malik and Alex Papadimitriou. Malik’s collection was combined with that of the Mitra Budaya Foundation, which became the basis of the Museum Seni Rupa dan Keramik. 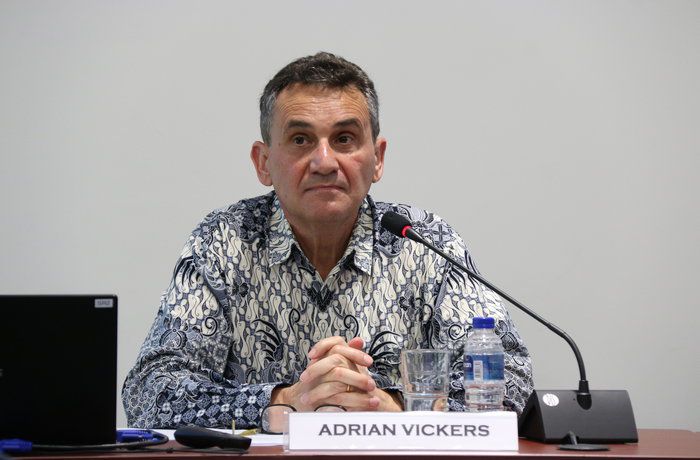 In the same year, Sanento Yuliman published a history of Indonesian art, the first real art history to demonstrate formal continuity across political lines. The exhibition and book came after the birth of the New Art Movement (Gerakan Seni Rupa Baru), regarded as the first contemporary art movement in Southeast Asia.

Despite the good reception of this exhibition, it did not lead to more initiatives from the State towards the arts. By the end of the 1970s, Suharto has strengthened his position and turned Indonesian cultural policy towards a reified version of tradition or neo-traditionalism. Prof Vickers argued that what could have been the starting point of Indonesian contemporary art, was in fact the end point of intellectual diversity, with very little support for contemporary arts afterwards. This lead to the emergence of private collections and museums and the triumph of the market. Questions from the public addressed the cultural atmosphere of Jakarta in the 1970’s; the role of private art amateurs; the cosmopolitanism aspect of the 1976 exhibition; the absence of Sino-Indonesian as well as Indo-European artists among the works displayed; and the ownership of the Sukarno collection.