The publication of the book was timed to hit the market on 4 November 2015 last year during the 100th birthday anniversary of the late Deputy Prime Minister of Malaysia. Since then, it had been serialised by the mass media in Malaysia and heavily publicised.

The Andayas are the authors of A History of Malaysia, an important course book on the subject.

Drifting into Politics is the third book that ISEAS has produced based on the private papers of Tun Dr Ismail housed at ISEAS Library. The first two are the award-winning biography The Reluctant Politician – Tun Dr Ismail and His Time (2006) written by Dr Ooi; and Malay’s First Year at the United Nations – as Reflected in Dr Ismail’s Reports Home to Tunku Abdul Rahman (2010), also co-edited by Encik Tawfik and Dr Ooi. 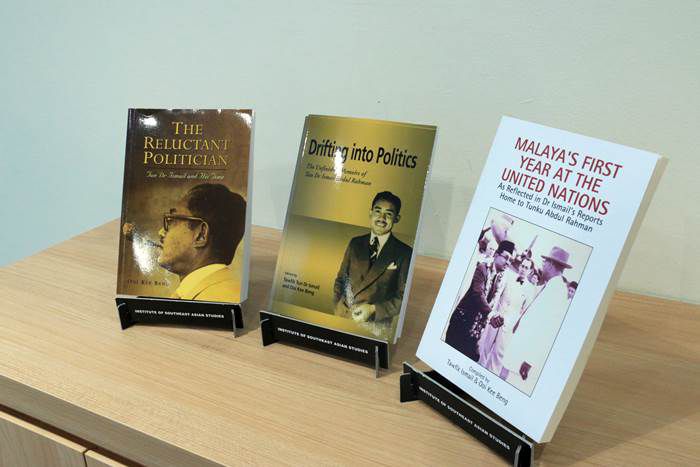 Drifting into Politics was based on the private papers of Tun Dr Ismail housed at ISEAS Library. (Source: ISEAS-Yusof Ishak Institute)

Dr Ooi discussed how the publicity surrounding the biography of Tun Dr Ismail re-introduced the late Home Affairs Minister’s name back into contemporary Malaysian political discourse, and how that name is now used to denote integrity of leadership and singularity of purpose, either as a rallying cry or as a cry of dejection over the present state of leadership in the country.

The Andayas began studying Malaysia in 1970-71, at a time when the social atmosphere in the country was tense. Now at ISEAS to complete the second revision of their book on Malaysian history, they intend to incorporate Tun Dr Ismail’s role in the nation-building process from the late 1940s until his death in August 1973.

On hindsight, the significance of Tun Dr Ismail’s early demise becomes clearer, said Prof Leonard, and one has to wonder how the implementation of the New Economic Policy and even the Islamisation process might have been differently if Tun Dr Ismail had outlived Tun Razak Hussein and been the prime minister instead. The event was attended by over 50 participants. (Source: ISEAS-Yusof Ishak Institute)

Prof Barbara Andaya drew attention to how when the autobiography began to be written, probably in the mid-1960s when Tun Dr Ismail had retired from the government, the concerns most immediately expressed were attitudes towards inter-ethnicity. The memoir, in fact, should be read with thought given to how one periodisizes one’s life and what one considers key events. In the case of Drifting into Politics, such attention would provide a sense of how the socio-political situation in the early period of Malaysian history, as observed by a young doctor turned politician.

Encik Mohd Tawfik recalled how his father’s understanding of the affirmative action programme, the NEP, to help the Malay community was meant to be a two-decade long policy; and that such an intervention in society must be seen as the implementation of what analogously is a golf handicap. The awarding of this handicap is to be inclusive and to allow even new or bad players to participate, so that they over time would lower their handicap and even be rid of it. A handicap should not be understood as a permanent disability in need of permanent state assistance. Grab your copy of “Drifting into Politics: The Unfinished Memoirs of Tun Dr Ismail Abdul Rahman” at ISEAS Publishing here. 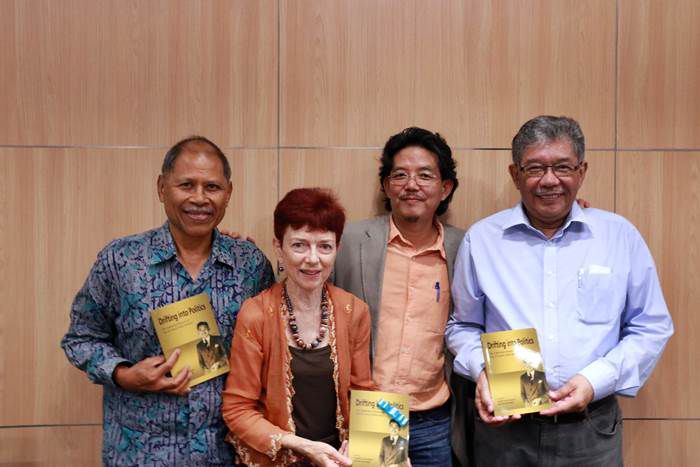 The Malaysian Insider – Fearing censorship, ‘sensitive’letters by Tun Dr Ismail kept in Singapore, says son
Fearing incompetence and censorship, the son of the late Tun Dr Ismail Abdul Rahman said he handed over his father’s private documents to a Singapore-based think-tank for safekeeping.

The Star Online – Tawfik to carry on dad’s work
Former Umno MP Tawfik Ismail hopes to continue with some unfinished business involving his late father’s work as deputy prime minister, including matters pertaining to the review of the Malaysia agreement with Sabah and Sarawak.