A+ A-
Four years into his presidency, President Joko “Jokowi” Widodo has arguably made significant political and economic progress in Indonesia. To examine the current state of the country’s achievements, potential growth challenges and the related implications for Jokowi’s electability in 2019, the ISEAS – Yusof Ishak Institute (ISEAS) invited a group of leading international scholars to make presentations on various major aspects of Indonesian development issues.
INDONESIA STUDIES PROGRAMME AND REGIONAL ECONOMIC STUDIES PROGRAMME SEMINAR

21-22 March 2018 – Four years into his presidency, President Joko “Jokowi” Widodo has arguably made significant political and economic progress in Indonesia. To examine the current state of the country’s achievements, potential growth challenges and the related implications for Jokowi’s electability in 2019, the ISEAS – Yusof Ishak Institute (ISEAS) invited a group of leading international scholars to make presentations on various major aspects of Indonesian development issues. 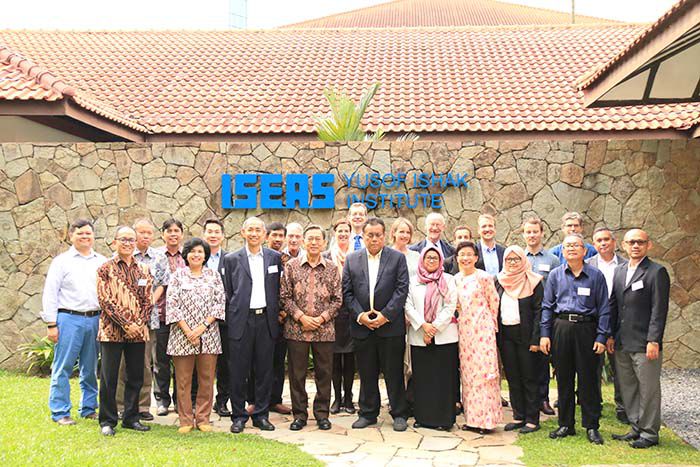 Participants of the conference on “The Indonesian Economy under Jokowi: A New Development Model?” (Credit: ISEAS-Yusof Ishak Institute)

Following the welcome remarks by ISEAS Director Mr Choi Shing Kwok and Ms Katharina Naumann from Konrad-Adenauer-Stifung, Professor Boediono, former Vice President of Indonesia, delivered the keynote address. He spoke about the nation’s development process over the past decades and what policymakers could learn from the experience of other East Asian economies. The first session was chaired by Dr Francis Hutchinson, Coordinator of the Regional Studies Programme at ISEAS.

Ms Eve Warburton from ISEAS offered a comprehensive overview of the concept of “new developmentalism” and its application to contemporary Indonesia, with particular reference to industrial policy, state owned enterprises and state welfare schemes. The second speaker, Dr Arianto Patunru from Australian National University (ANU) then drew the audience’s attention to the rising economic nationalism in Indonesia. Specifically, he examined the political and economic factors behind the re-emergence of protectionism under Jokowi’s presidency. 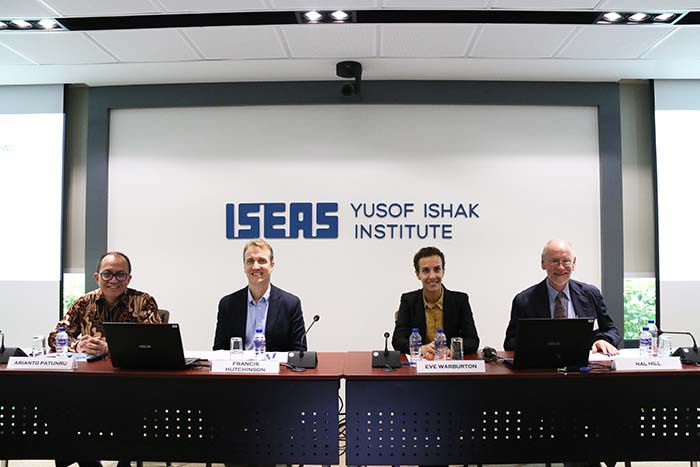 Professor Ari Kuncoro from University of Indonesia presented his findings on the performance of the manufacturing sector under the Jokowi government. Using data from Indonesia’s Central Bureau of Statistics as the basis of his paper, he spoke about the structural change in the sector and the urgent need to revive its growth. Professor Natasha Hamilton-Hart from University of Auckland then discussed in detail, the factors needed to improve the performance of the financial sector in Indonesia. Dr Siwage Dharma Negara, Co-coordinator of the Indonesia Studies Programme at ISEAS, chaired the third session of the day.

Associate Professor John McCarthy from ANU, along with Dr Mulyadi Sumarto from Gadjah Mada University, presented a paper on the social protection policies in Indonesia. In their study, the main programmes under focus were Rastra (rice for welfare) and PKH (conditional cash transfer) schemes. In the subsequent presentation, Professor Budy Resosudarmo and Ms Ellisa Kosadi spoke about the country’s fishery policies during the Jokowi era, particularly those related to illegal fishing. 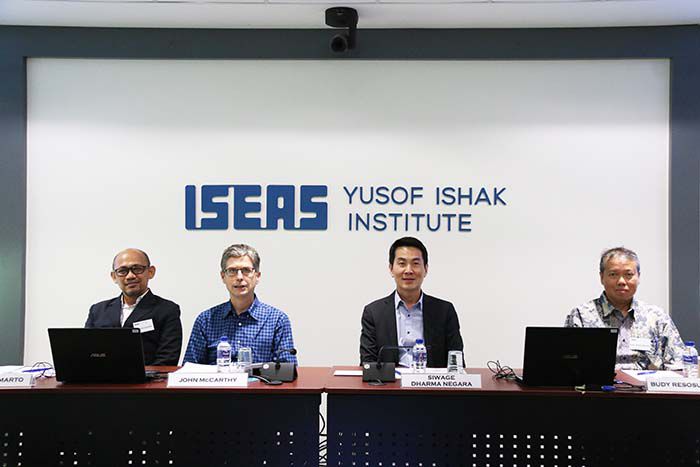 Dr Tham Siew Yean from ISEAS was the moderator for the next panel discussion.

Dr Wilmar Salim of Indonesia’s Institut Teknologi Bandung and Dr Siwage Dharma Negara from ISEAS shared detailed insights about the progress, challenges and policies related to infrastructure development in the country in the last couple of decades. Shifting the focus to the services sector, Dr Titik Anas, Founder of Rumah Riset Presisi Indonesia, explained how government policies have shaped that sector and the urgent reforms needed to reap its complete benefits. The fifth session was chaired by Professor J Soedradjad Djiwandono from the S. Rajaratnam School of International Studies (RSIS).

Dr Kiki Verico from University of Indonesia discussed Indonesia’s macroeconomic performance during the first three years of the Jokowi administration. On a more specific note, he highlighted the exact factors that have contributed to the country’s recent economic stability. The following presenters, Professor Guenther Schulze and Mr Gerrit Gonschorek from University of Freiburg shed some light on the mechanics and economic rationale behind Indonesia’s intergovernmental fiscal transfer system. Professor Guenther Schulze then moderated the final panel of the conference.

Dr Daniel Suryadarma from Indonesia’s SMERU Research Institute elaborated on the performance of the nation’s education sector and emphasised on how the ideas of “schooling” and “learning” did not always go hand in hand. The next paper, jointly presented by Professor Chris Manning from ANU and Dr Devanto Pratomo, was based on labour developments during the Jokowi presidency. The authors examined some of the issues related to employment, income, skill development, and migrant workers. The final presenters, Dr Asep Suryahadi and Mr Ridho Al Izzati from SMERU, spoke about the initiatives taken by the Indonesian government for reduction of poverty and inequality in the country. How the various social assistance programmes had fared in recent years formed the bulk of the discussion. 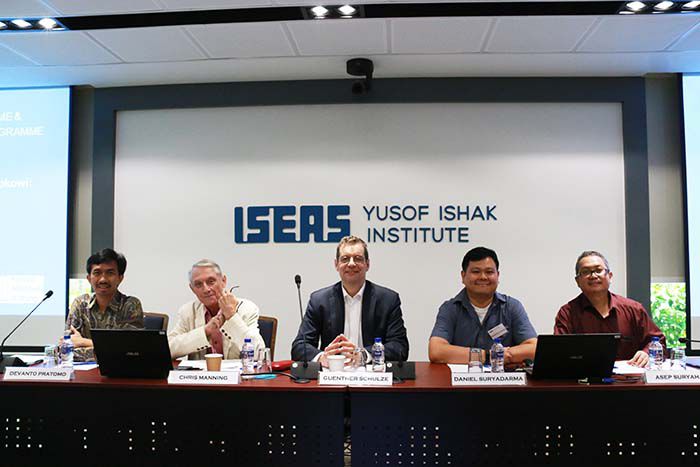 Following all the presentations, Professor Hal Hill delivered the closing remarks and the vote of thanks to an audience of 127 people, including scholars, students, members of the media and the public. 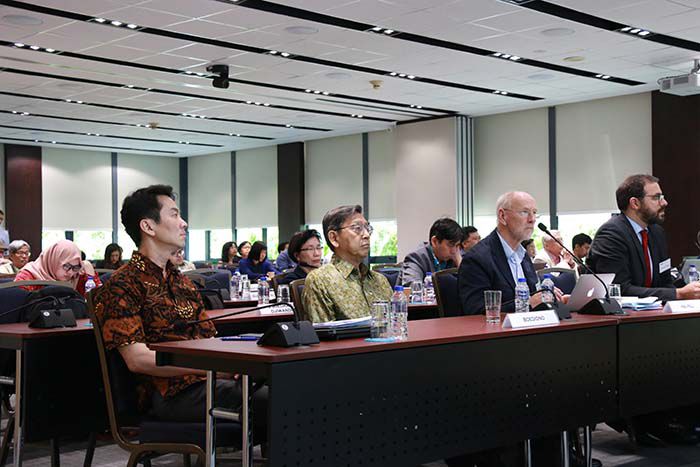