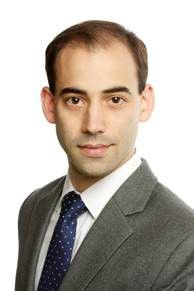 Seminar: Indonesia under Jokowi, Between China and the United States

Analysts have increasingly argued that Indonesia under President Jokowi is drifting toward China, citing Jokowi’s multiple meetings with Chinese President Xi Jinping and Indonesia’s drive for greater investment from China. At the same time, relations with the United States under Jokowi appeared troubled, the result of diplomatic missteps on both sides.
While the Jokowi Administration is working hard to boost Chinese investment, it is not clear that these efforts exceed that of its predecessors, or have affected Indonesian diplomacy in areas of regional politics or security. The drop in warmth in the relationship with the US is more pronounced, but may merely be the artefact of bureaucratic anomalies on both sides.
This seminar will review developments in Jakarta’s relationship with both Washington and Beijing, the implications for regional security concerns like those in the South China Sea, and place them in the context of Indonesian foreign policy under Jokowi more generally.

Aaron L Connelly is a Research Fellow in the East Asia Program at the Lowy Institute for International Policy, where he focuses on Southeast Asia, particularly Indonesia and Myanmar, and the U.S. role in the region. Prior to joining the Lowy Institute, Aaron was a director in the Asia practice and a special assistant to the chair at Albright Stonebridge Group, a commercial diplomacy consultancy headquartered in Washington. Earlier in his career, he was a researcher in the Asia programs at the Center for Strategic and International Studies (CSIS) in Washington, and a Fulbright scholar and visiting fellow at the Centre for Strategic and International Studies (CSIS) in Jakarta.

REGISTRATION
For registration, please fill in this form and email to iseasevents3@iseas.edu.sg by 2 March 2016.