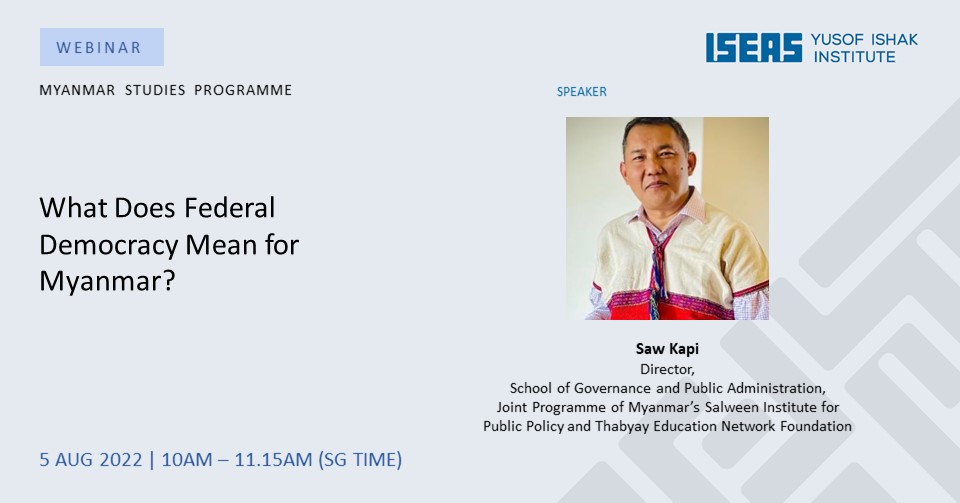 What Does Federal Democracy Mean for Myanmar?

Following the Myanmar military’s February 2021 seizure of power, elected lawmakers opposed to the coup and determined to steer the country toward a federal democratic future formed the Committee Representing Pyidaungsu Hluttaw. This interim legislative body in turn established the National Unity Consultative Council (NUCC), promulgated a Federal Democratic Charter, and in April 2021 formed the National Unity Government (NUG). The military’s continued repression of anti-coup protestors led the NUG to establish a People’s Defence Force and to declare armed resistance against the State Administration Council (SAC) junta.

Against this backdrop of crisis, warfare, and transformation, the NUCC has emerged as a crucial forum for discussion of and consensus on Myanmar’s future as a federal democracy. Nevertheless, the council and its plans to convene regular sessions of a People’s Assembly face continuing challenges—relating not least to the problems of a multi-ethnic country and to appropriate governance and social and cultural institutions. Assessing the NUCC’s work and those challenges sheds light on what federal democracy will mean for a post-SAC Myanmar.

Saw Kapi is Director of the newly established School of Governance and Public Administration, a joint programme of Myanmar’s Salween Institute for Public Policy and Thabyay Education Network Foundation. A veteran political analyst with a particular focus on promoting federalism and good governance in Myanmar, Saw Kapi founded the Salween Institute. He holds a bachelor’s degree in international relations from San Francisco State University and a master’s degree in development economics from Williams College.