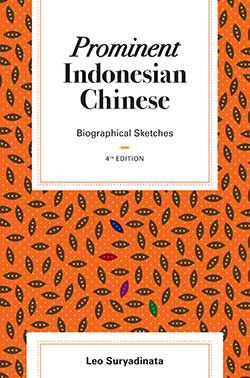 When General Soeharto officially came to power in March 1966, he adopted an assimilationist policy toward the ethnic Chinese minority by eliminating three Chinese cultural pillars, namely Chinese organizations, Chinese mass media and Chinese-medium schools. He even promulgated regulations for ethnic Chinese Indonesians to use Indonesian-sounding names. As such Chinese society was said to have “disappeared” from the Indonesian landscape to assume “Indonesian forms”. During his 32 years in power, Soeharto was described to have “Indonesianized” the ethnic Chinese.

Be that as it may, serious anti-Chinese riots broke out in May 1998. These riots saw many casualties and triggered student-led uprisings, resulting in the end of his authoritarian rule.

A democratic system is now emerging in Indonesia, and the assimilationist policy towards the ethnic Chinese has been abandoned. The three Chinese cultural pillars have since re-emerged and a recognizably “Chinese” society has re-surfaced.

But have the ethnic Chinese in Indonesia remained unchanged? Have the Chinese cultural pillars really been restored in Indonesia? Do the Chinese Indonesians now form a unified minority group or do they remain fragmented? What is their economic position in the country? Will the rise of China affect their position, and how will they relate to Indonesia’s nation-building process? These are some of the questions that will be addressed in the seminar.

Leo Suryadinata would also like to take the opportunity to publicize the latest edition of his book, Prominent Indonesian Chinese: Biographical Sketches (4th Edition). This book presents biographical sketches of about 530 prominent Indonesian Chinese, including businessmen, community leaders, politicians, religious leaders, artists, sportsmen/sportswomen, writers, journalist, academics physicians, educators and scientists. First published in 1972, it was revised and developed into the present format in 1978. The present version is the fourth.

Leo Suryadinata, Ph.D., is currently Visiting Senior Fellow, ISEAS – Yusof Ishak Institute, and Professor (Adj.), S. Rajaratnam School of International Studies, Nanyang Technological University (NTU). He served as Director, Chinese Heritage Centre (Singapore, 2006-2013) and taught at the Department of Political Science, National University of Singapore (NUS) in 1982-2002 and retired as a Professor. He was also President of the International Society for the Study of Chinese Overseas (ISSCO, 2007-2013). He has published extensively on ethnic Chinese in Southeast Asia, Indonesian politics, Indonesia’s foreign relations, and China-ASEAN relations.

To register, please complete this form and email it to iseasevents2@iseas.edu.sg.