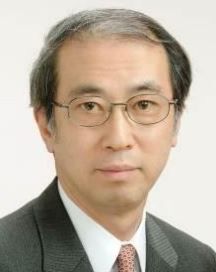 Negotiations on the Trans-Pacific Partnership (TPP) were successfully concluded on 5 October 2015. The free trade agreement has potentially far-reaching economic and geo-political consequences for member and non-member countries. Two distinguished scholars will examine these consequences in the seminar.

The Trans-Pacific Partnership (TPP) was signed by 12 Asia-Pacific countries in February 2016 after five and a half years of negotiations. The goal of the TPP was to establish a “platinum” standard agreement with high level of liberalization and comprehensive coverage to deal with 21st century issues. In the midst of stalled Doha Round of multilateral trade negotiations under the auspices of the World Trade Organization, the TPP is expected to lead the way to establish a free, open, transparent, and fair business environment in Asia-Pacific, which would contribute to economic growth of the region. This presentation will provide an overview of the TPP by discussing its origin, special features and economic implications. One of the issues taken up in the discussions of economic implications is the differing impacts of the TPP on participating and nonparticipating ASEAN Member States.

By definition, inter-state trade deals are politically as well as commercially motivated. States, not firms, negotiate them. The nature of the global inter-state system helps determines which states negotiate these deals amongst themselves when and how their political leaders justify the deals back home. The inter-state system today is an increasingly contested one and the contest is centred in the Asia-Pacific and between China and the United States. This presentation will first look at how the present contested regional inter-state order has influenced the TPP from when the U.S. decided to join, and how the TPP is being interpreted politically and in the media. With this geo-political “framing” of the TPP as background, the presentation will then look at what the geopolitical benefits would be for the U.S. in particular as well as other signatories if the TPP is passed and what the geo-political detriments would be if the TPP fails to be realised.

Shujiro URATA is Professor of Economics at Graduate School Asia-Pacific Studies, Waseda University, Faculty Fellow at the Research Institute of Economy, Trade and Industry (RIETI), Research Fellow at the Japanese Centre for Economic Research (JCER), Senior Research Advisor, Economic Research Institute for ASEAN and East Asia (ERIA). Professor Urata received his Ph.D. in Economics from Stanford University. He specializes in international economics and has published a number of books and articles on international economic issues.

Malcolm COOK is a Senior Fellow at ISEAS – Yusof Ishak Institute in Singapore. From 2003 to 2010, he was the inaugural East Asia Program Director at the Lowy Institute in Sydney and then the inaugural Dean of the School of International Studies at Flinders University in Adelaide. Before that, he was a lecturer at Ateneo de Manila University in the Philippines. Malcolm has worked in Japan, South Korea, the Philippines, Australia and Singapore.

Registration
For registration, please fill in this form and email to iseasevents3@iseas.edu.sg by 7 July 2016.