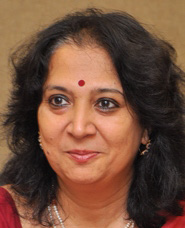 As Founding Dean (Academic Planning) for the historic revival of Nalanda University, Prof Sharma organised a collaborative conference in Rajgir, Bihar on “Cultural Heritage, Environment, Ecology and Inter-Asian Interactions” in January 2014. The partner—carefully chosen for their long years of work in and about Asia—was the Institute for Asian Studies (IIAS). It was a first for both NU and IIAS to do a conference in India, and that too in Rajgir, Bihar: a space that had been off grid for academic purposes for more than eight centuries after the erasure of ancient Nalanda and its unique pan-Asian heritage.

The Nalanda project aimed to recover lost narratives and to exhume Asian connection buried in the grave of late 18th, 19th and early 20th century colonialisms. Its stated aim was to go beyond the image of an Asia uninflected by either Oriental, colonial discourse or its obverse, the post-colonial, uber-nationalistic one. Naturally then, the critical and conflicted subject of cultural heritage seemed to be the best way to explore both historical connections and historical ruptures—and to go beyond them.

The deliberations, debates and discussions were marked by intense concern about the nature of the new Asian states and their individuated cultural mythology. One that left little room for the transnational, the transregional and the inter-Asian as well as the local, the regional and the communal. This talk will explore and formulate questions about certain key ideas: Is my heritage your heritage? Is intangible heritage a country cousin to tangible heritage? Is culture singular, hermetically sealed or, particularly in the context of the long history of Asian civilisational dialogue, is it plural, porous and connected?
About the Speaker

Anjana Sharma is Visiting Senior Fellow at NSC. She is an Associate Professor at the Department of English, University of Delhi, India. From 2011–2015, she was Founding Dean (Academic Planning) at Nalanda University located in Rajgir, Bihar, India. She obtained her PhD from the Department of English, the Pennsylvania State University, USA in 1990. Her dissertation was subsequently published as Autobiography of Desire: English Jacobin Women Novelists of the 1790s (Macmillan, 2004). It contested the hegemony of British Romantic poetry and provided a counterculture account through archival work on pamphlets, periodicals, memoirs, and novels of the pro-French revolutionary writers in England in the 1790s. She has since then taught and published widely in this area.

Her other areas of interest are Indian Writing in English with a special focus on gender and culture. Her recent work is on the representation of Mahatma Gandhi in the public sphere in 1947. The Nalanda experience, where she conceptualised and built the first two schools of Historical Studies and Ecology and Environment Studies, shaped her most recent research on inter-Asian heritage and its transregional dynamics anchored in travel, trade, literature, arts and aesthetics. She is also actively engaged in writing for popular newspapers and weeklies on the interface between literature, life, and the concerns that shape liberal arts and interdisciplinary studies in higher education.

For registration, please fill in this form and email to nscevents@iseas.edu.sg by 11 July 2016.