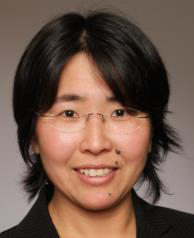 My encounter with the poetic works of Teo Kah Leng (1909-2001), a former principal of the primary section of Montfort School in Serangoon, was the unexpected result of a two-year project on Francis P. Ng’s F.M.S.R. (1937), the first notable work of English poetry by a Singaporean writer. Through biographical research, I discovered that Ng, whose real name was ‘Teo Poh Leng’, was the younger brother of Kah Leng, also a poet. While Poh Leng wrote poetry throughout the 1930s until falling victim to Sook Ching, Kah Leng survived the Japanese Occupation and wrote actively in the 1950s-60s as British Malaya moved towards independence.

During the post-war decades, Malayan poetry matured at the University of Malaya. There students such as Wang Gungwu and Edwin Thumboo ‒ later credited as Singapore’s pioneer poets ‒ focused on the creation of a distinctively Malayan poetry inspired by Anglo-American Modernist writers. Meanwhile, outside the University’s poetry community, Teo, influenced by British Romanticists such as Samuel Taylor Coleridge and William Wordsworth, produced an abundance of ballads and sonnets about Malaya’s natural environment, utilising rhymes and regular rhythms.

Through the 1950s-60s, Teo’s poems gained a wide audience via his school’s annual and Young Malayans, a magazine for Malaya’s English-medium school teachers and pupils. The University’s poetry community, however, felt poems of this kind were too conventional and preferred to emphasise free verse. As a result, Teo’s contributions were marginalised.

Through textual and discourse analysis, I will demonstrate that Teo’s poems, although falling into oblivion during Malaya’s era of decolonisation, constituted a significant part of the post-war Malayan poetry.

ERIKO OGIHARA-SCHUCK is a Lecturer in American Studies at TU Dortmund University, Germany. Dr Ogihara-Schuck is the co-editor of Finding Francis: A Poetic Adventure (Ethos Books, 2015) and the author of Miyazaki’s Animism Abroad: The Reception of Japanese Religious Themes by American and German Audiences (McFarland, USA, 2014). Her current major research interest is cultural relations between Singapore and the United States from the nineteenth century to the present. Aside from being a Visiting Fellow at ISEAS-Yusof Ishak Institute, she is also a European Postdoc Fellow at the Eccles Centre for North American Studies at the British Library.

To register, please fill in this form and email to iseasevents2@iseas.edu.sg by Monday, 1 August 2016.