Titled “France and Singapore, Strategic Partners in a Fast-Changing World”, the talk touched on the excellent and multifaceted relations between Singapore and France. Monday, 27 March 2017 – French President François Hollande presented an impassioned defence of the open exchange of ideas, people, goods and services which had been fostered for decades through collaboration between governments throughout the world.

He was delivering the 40th Singapore Lecture, chaired by DPM and Coordinating Minister for Economic and Social Policies Tharman Shanmugaratnam. President Hollande exhorted that, with the world facing the many challenges posed by an increasingly uncertain future, both France and Singapore should work to disregard inward-looking and backward-looking nationalism and populism.

According to President Hollande, France and Singapore share many similarities in both values and outlook. Both countries prize multilateralism, innovation, and respect for the rule of law and the environment, both have taken a stand against hate speech and terrorism, and both have worked hard to promote more tolerant and welcoming societies.

In his “message of lucidity and truth”, the President took the opportunity to thank Singapore for its role in forging the Paris Agreement, and reiterated France’s commitment to closer cooperation and more frequent exchanges between Asia and Europe, and between ASEAN and EU in the security and economic realms.

He ended by emphasising the importance of the shared legacy of cooperation between France and Singapore, which will be boosted through the Joint Declaration of Innovation and the strategic partnership between both countries. The continuation of that cooperation between France and Singapore would be a fitting tribute to Lee Kuan Yew and Jacques Chirac, who were both founding fathers of ASEM.

Professor Wang Gungwu, Chairman of the ISEAS-Yusof Ishak Institute Board of Trustees, presented President Hollande with a pottery piece crafted by one of Singapore’s foremost potters, Mr Chua Soo Kim, entitled “Blue Network”.  The Blue Network is part of his Crackle Glaze series and is inspired by our daily lifestyle using online networks for work communication and connection. Some of the VIPs at the 40th Singapore Lecture. (Source: ISEAS – Yusof Ishak Institute)

More than 1000 people, including diplomats, government officials, business leaders, academics, students and members of the media, attended the lecture. 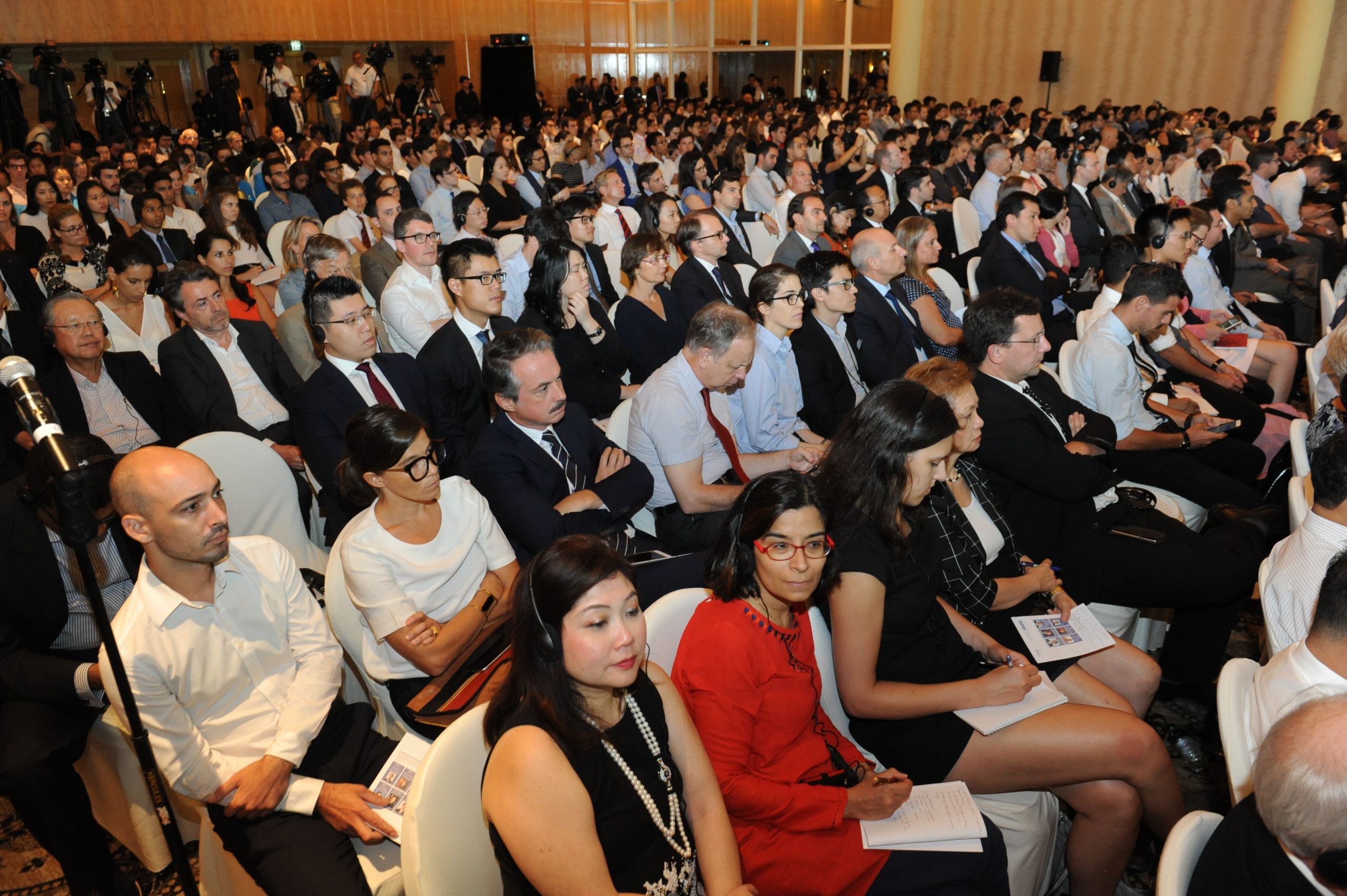 His Excellency François Hollande, President of the French Republic’s Lecture “France and Singapore, Strategic Partners in A Fast-Changing World”

Channel Newsasia – 2018 to be declared France-Singapore Year of Innovation