Titled “Turkey-Singapore Relations: Building a Smart Strategic Partnership”, the talk touched on the cooperation between Turkey, Singapore and ASEAN . 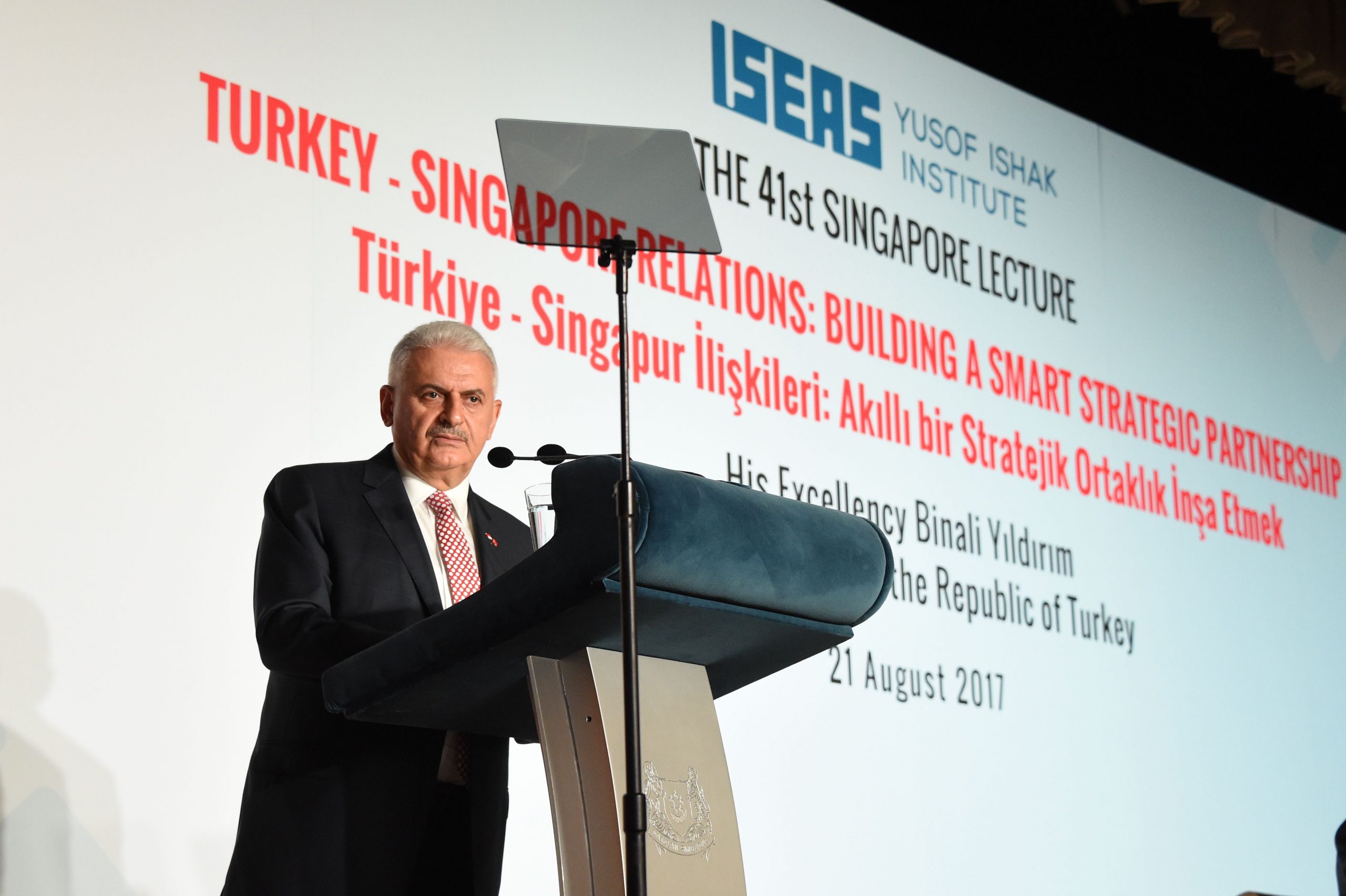 He was delivering the 41st Singapore Lecture, chaired by DPM and Coordinating Minister for Economic and Social Policies Tharman Shanmugaratnam. Turkish Prime Minister Binali Yıldırım focused his presentation on major deliverables this year for three levels of the Singapore-Turkey relationship. At the bilateral level, the two countries have ratified a ‘new generation’ free trade agreement, Turkey’s first one in Southeast Asia, that will come into operation by October. This year, Turkey became a Sectoral Dialogue Partner of ASEAN with the Prime Minister hoping this will be deepened next year when Singapore assumes the chairmanship of ASEAN. Finally, Singapore and Turkey are major connectivity hubs for trade and exchange between East Asia and Europe. Turkey is committed to supporting China’s Belt and Road Initiative both on land and sea through its Middle Corridor plan linking Europe to Central Asia, Afghanistan and China.

At the end of the lecture, Professor Wang Gungwu, Chairman of the ISEAS-Yusof Ishak Institute Board of Trustees, presented Turkey Prime Minister Binali Yıldırım with a pottery piece crafted by one of Singapore’s foremost potters, Mr Chua Soo Kim, entitled “The Clear Sky”. The Clear Sky is part of his Stringing Glaze series and is inspired by the artist’s hope to enjoy green environment and blue sky all the time. Some of the VIPs at the 41st Singapore Lecture. (Source: ISEAS – Yusof Ishak Institute)

Close to 450 people, including diplomats, government officials, business leaders, academics, students and members of the media, attended the lecture. TODAY – S’pore is our gateway to the region: Turkish PM