Bukit Brown was Singapore’s first municipal Chinese cemetery which was officially opened in 1922; it became “fully reserved” in 1944 and finally closed in 1973.  In September 2011 the Singapore Land Transport Authority (LTA) announced that it was building a four-lane road in Bukit Brown Cemetery “(t)o alleviate the congestion currently experienced along Lornie Road and the Pan-Island Expressway (PIE) during peak hours and to cater to expected growth in future traffic demand.”  It was expected that the road would impact 5% of the 100,000 graves at the cemetery. A Working Committee (formed by the Singapore Urban Redevelopment Authority (URA) and LTA in partnership with key community stakeholders) was set up to frame the ways in which the graves, the rituals, and the social memory of the site would be documented.  The Bukit Brown Documentation project team was formed thereafter to follow through on the documentation guidelines set out by the Working Committee.

Members of the NSC AU has been involved with the Bukit Brown Cemetery Documentation Project since 2012, particularly in artifact cataloguing and ensuring conservation protocols. The project is currently ongoing and AU personnel are on site weekly to assist with the documentation and processing of artifacts.

There was a free travelling exhibition in Singapore regarding this project entitled Bukit Brown: Documenting New Horizons of Knowledge (which were held at several Singapore public libraries from 19th July 2014 to 31 Jan 2015). 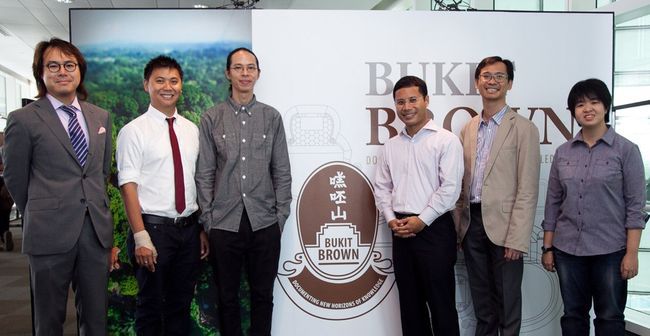